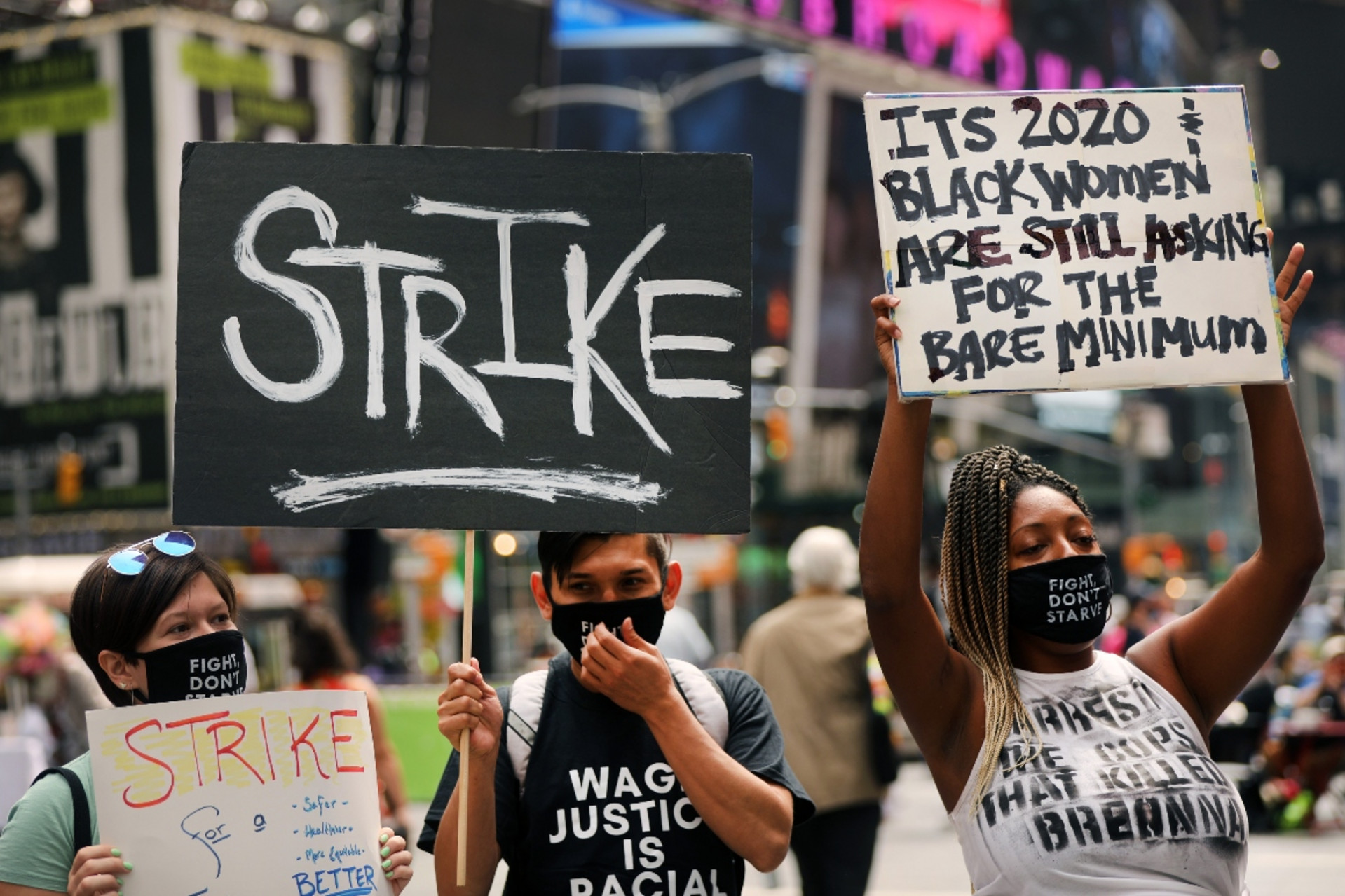 The trend is on track to exacerbate dramatic wealth and income gaps in the U.S., where divides are already wider than any other nation in the G-7.

The path toward economic recovery in the U.S. has become sharply divided, with wealthier Americans earning and saving at record levels while the poorest struggle to pay their bills and put food on the table.

The result is a splintered economic picture characterized by high highs — the stock market has hit record levels — and incongruous low lows: Nearly 30 million Americans are receiving unemployment benefits, and the jobless rate stands at 8.4 percent. And that dichotomy, economists fear, could obscure the need for an additional economic stimulus that most say is sorely needed.

The trend is on track to exacerbate dramatic wealth and income gaps in the U.S., where divides are already wider than any other nation in the G-7, a group of major developed countries. Spiraling inequality can also contribute to political and financial instability, fuel social unrest and extend any economic recession.

The growing divide could also have damaging implications for President Donald Trump's reelection bid. Economic downturns historically have been harmful if not fatal for incumbent presidents, and Trump's base of working-class, blue-collar voters in the Midwest are among the demographics hurting the most. The White House has worked to highlight a rapid economic recovery as a primary reason to reelect the president, but his support on the issue is slipping: Nearly 3 in 5 people say the economy is on the wrong track, a recent Reuters/Ipsos poll found.

Democrats are now seizing on what they see as an opportunity to hit the president on what had been one of his strongest reelection arguments.

"The economic inequities that began before the downturn have only worsened under this failed presidency," Democratic presidential nominee Joe Biden said Friday. "No one thought they'd lose their job for good or see small businesses shut down en masse. But that kind of recovery requires leadership — leadership we didn't have, and still don't have."

Recent economic data and surveys have laid bare the growing divide. Americans saved a stunning $3.2 trillion in July, the same month that more than 1 in 7 households with children told the U.S. Census Bureau they sometimes or often didn’t have enough food. More than a quarter of adults surveyed have reported paying down debt faster than usual, according to a new AP-NORC poll, while the same proportion said they have been unable to make rent or mortgage payments or pay a bill.

And while the employment rate for high-wage workers has almost entirely recovered — by mid-July it was down just 1 percent from January — it remains down 15.4 percent for low-wage workers, according to Harvard’s Opportunity Insights economic tracker.

“What that’s created is this tale of two recessions,” said Beth Akers, a labor economist with the Manhattan Institute who worked on the Council of Economic Advisers under President George W. Bush. “There are so obviously complete communities that have been almost entirely unscathed by Covid, while others are entirely devastated.”

Trump and his allies have seized on the strength of the stock market and positive growth in areas like manufacturing and retail sales as evidence of what they have been calling a "V-shaped recovery": a sharp drop-off followed by rapid growth.

But economists say that argument fails to see the larger picture, one where roughly a million laid-off workers are filing for unemployment benefits each week, millions more have seen their pay and hours cut, and permanent job losses are rising. The economy gained 1.4 million jobs in August, the Labor Department reported Friday, but the pace of job growth has slowed at a time when less than half of the jobs lost earlier this year have been recovered.

Some economists have begun to refer to the recovery as "K-shaped," because while some households and communities have mostly recovered, others are continuing to struggle — or even seeing their situation deteriorate further.

“If you just look at the top of the K, it’s a V — but you can’t just look at what’s above water,” said Claudia Sahm, director of macroeconomic policy at the Washington Center for Equitable Growth. “There could be a whole iceberg underneath it that you’re going to plow into.”

The burden is falling heavily on the poorest Americans, who are more likely to be out of work and less likely to have savings to lean on to weather the crisis. While recessions are always hardest on the poor, the coronavirus downturn has amplified those effects because shutdowns and widespread closures have wiped out low-wage jobs in industries like leisure and hospitality.

Highly touted gains in the stock market, meanwhile, help only the wealthiest 10 percent or so of households, as most others own little or no stock.

The disconnect between the stock market and the broader economy has been stark. On the same day in late August that MGM Resorts announced it would be laying off a quarter of its workforce, throwing some 18,000 workers into unemployment, its stock price jumped more than 6 percent, reaching its highest closing price since the start of March.

“The haves and the have-nots, there’s always been a distinction,” Sahm said. But now, she added, “we are widening this in a way I don’t think people have really wrapped their head around.” 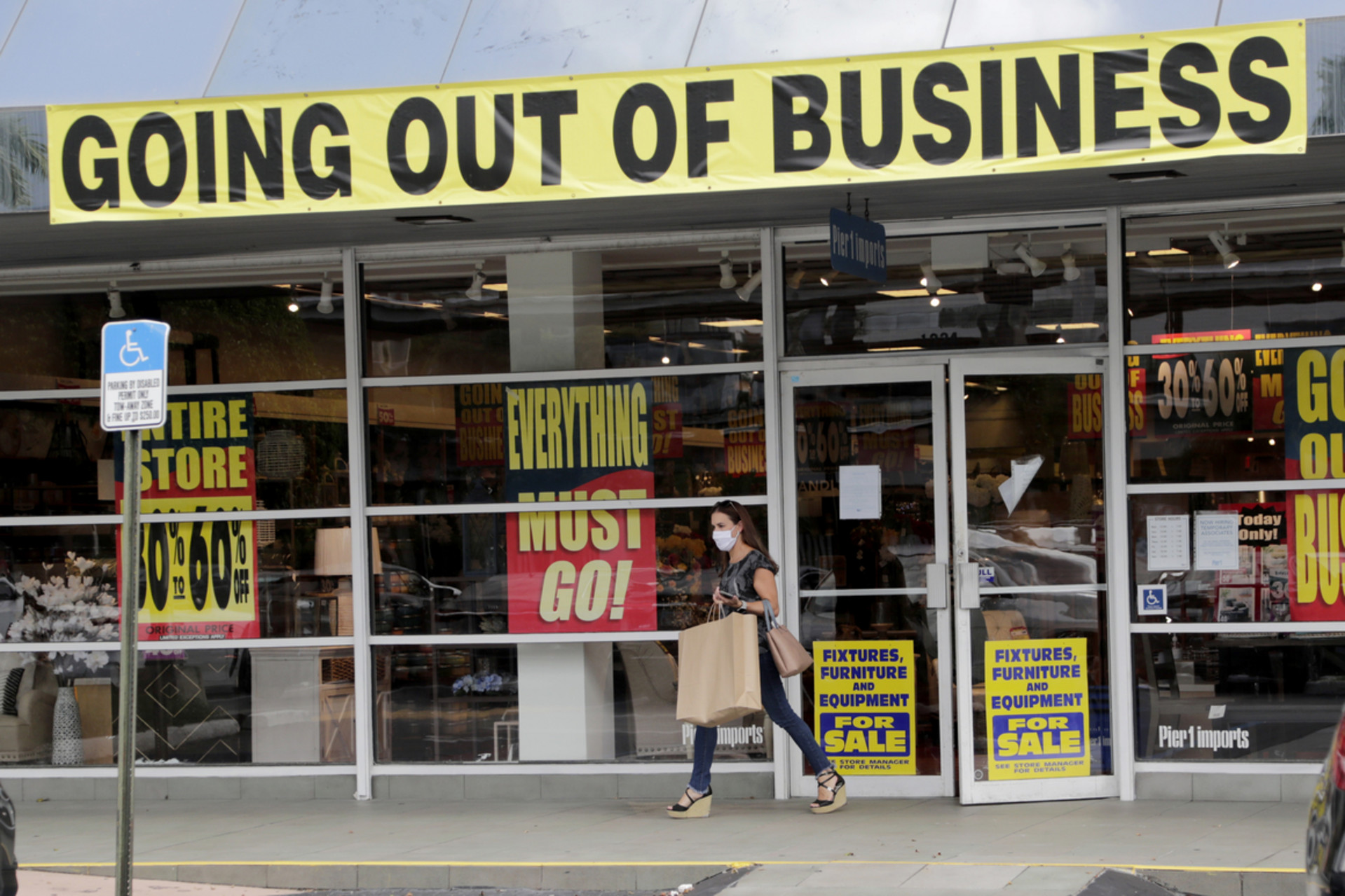 Without further stimulus, the situation appears poised to get worse. Economic growth until now had been led by increasing levels of consumer spending, buoyed by stimulus checks and enhanced unemployment benefits that gave many people, including jobless workers, more money to spend.

Low-income consumers have led the way, and they spent slightly more in August than they did in January, according to the Opportunity Insights tracker — even as middle- and high-income consumers are still spending less.

But those low-income consumers were also the most dependent on the extra $600 per week in boosted unemployment benefits, which expired in July. Since that lapsed — and since Congress appears unlikely to extend it any time soon, if at all — “we’re likely to see other macroeconomic numbers really fall off a cliff in the coming weeks,” Akers said.

The expected drop in spending, paired with the expiration of economic relief initiatives like the Paycheck Protection Program, could also spell trouble for businesses in the coming months. Many economists expect a wave of bankruptcies and business closures in the fall, contributing to further layoffs.

In that sector, too, owners are feeling disparate impacts. More than 1 in 5 small business owners reported that sales are still 50 percent or less than where they were before the pandemic, according to a recent survey from the National Federation of Independent Business, and the same proportion say they will need to close their doors if current economic conditions do not improve within six months.

At the same time, however, half said they are nearly back to where they were before, and approximately 1 in 7 owners say they are doing better now than they were before the pandemic, the survey showed.

Those diverging narratives could be understating the need for further stimulus by smoothing over some of the deeper weaknesses in the labor market and the economy, experts say.

“This is a case where the averages tell a different story than the underlying data itself,” said Peter Atwater, an adjunct economics professor at William & Mary.

While Republicans appear to be embracing the idea of further “targeted” aid, they are also touting what Trump has called a “rocket-ship” economic recovery and emphasizing record-breaking growth while downplaying the record-breaking losses that preceded it.

“There’s no question the recovery has beat expectations,” said Rep. Kevin Brady (R-Texas), the top Republican on the House Ways and Means Committee, this week on a press call with reporters.

Talks between the White House and Democratic leaders, meanwhile, have been stalled for weeks. The Senate is set to return from its summer recess next week with no clear path forward on a relief package.

“People are in these bubbles,” Atwater said. “And if people aren’t leaving their homes, are not really getting out, it’s unlikely that they’re seeing the magnitude of the downside of this K-shaped recovery.”