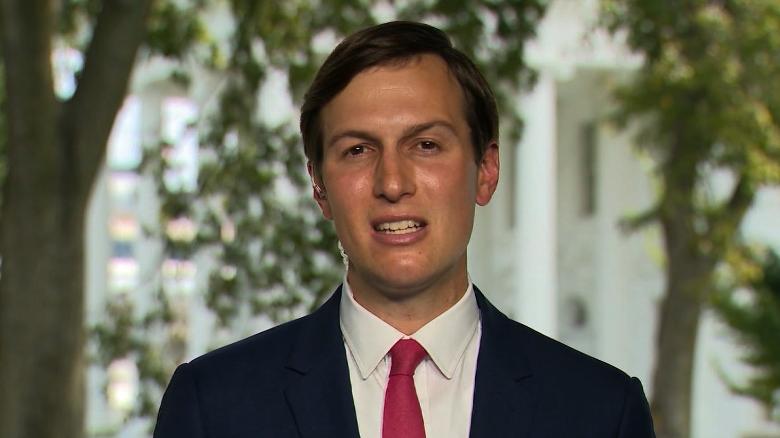 The tenants in "Kushner Village" in the East Village neighborhood of Manhattan want a state judge to block Kushner Companies from collecting rent and force it to complete work on the sprinklers and other fire safety measures.

"I'm more concerned about a fire starting now than I used to be," said Daniel Porvin, who has lived in one of the buildings for about 35 years and is a plaintiff in the lawsuit. "The sprinkler in the hallway is outside my unit. They're not even capped. They're an open pipe," he said. "There's no water in the pipes."

Kushner Companies, the lawsuit states, "have circumvented fire safety and other protections required by the [Department of Buildings] including: failing to install operable sprinklers throughout the Subject Buildings; failing to legalize the height of the existing boiler chimney that services all four buildings; and other fire egress conditions that threaten the lives and safety of the Plaintiffs."

"This is just more of the same politically motivated harassment -- each of these properties has been certified by the NYC Department of Buildings as safe to occupy and in compliance with applicable building codes," said Christopher W. Smith, general counsel of Kushner Companies.

The tenants are asking the judge to block Kushner Companies from collecting rent until the city's Department of Buildings has approved a certificate of occupancy -- a document from the city indicating the buildings meet certain building codes and are in compliance with the law.

Jared Kushner, son-in-law and senior adviser to President Donald Trump, led the company at the time it acquired the four buildings in 2013 and when it built and began renting penthouse apartments in 2015.

Kushner, who was not named in the lawsuit, stepped down as chief executive when he joined the White House in 2017. He still retains interests in multiple investments and received $1.65 million in income last year from Westminster Management, a unit of Kushner Companies, according to his financial disclosure form. He also disclosed he received income ranging between $100,001 to $1 million on Village KF 4-9-10 Associates, which includes some of the properties in the lawsuit.

Kushner's lawyer referred questions to the White House, which did not immediately comment on the litigation.

The lawsuit is seeking class-action status for the units in the complex.

The plaintiffs' allegations are the result of an investigation by Housing Rights Initiative, a tenant watchdog group whose investigations into multiple landlords has resulted in lawsuits, including four others brought against Kushner Companies. Those lawsuits are ongoing.

The lawsuit alleges Kushner Companies has improperly obtained temporary certificates of occupancy on the false premise that the buildings had working sprinkler systems and that the penthouses were still under construction and conducted work without permits. A spokesman for the DOB declined to comment, saying the agency doesn't comment on private lawsuits.

The tenants allege that the construction of the penthouses required Kushner Companies to obtain a certificate of occupancy and install automatic sprinklers throughout the buildings.

"In order to obtain the [temporary certificates of occupancy], Defendants falsely claimed in its DOB filings that sprinklers were installed and working," according to the lawsuit.

In one of the buildings named in the lawsuit, CNN has reviewed DOB records and found that there are more than 39 complaints, fines totaling thousands of dollars, and three stop-work orders on the property located at 335 East 9th Street, according to the Department of Buildings.

The Department of Buildings in October 2018 inspected that building and found there was a "failure to maintain building in code-compliant manner."

The inspector wrote in a filing made with the city, "I observed in cellar valve to sprinkler system was closed and gages were showing no water in the system. Failure to provide an automatic sprinkler system." A stop work order was issued because plumbing for the sprinklers was performed without permits and other safety issues, a spokesman for the Department of Buildings said.

One issue raised in the complaint is whether Kushner Companies is complying with NY state law, which requires buildings built after 1938 to have certificates of occupancy, a form indicating the building is safe for residents following a review of electrical, plumbing, and fire safety.

The Kushner Companies-owned buildings were built in 1900 and would fall outside of the requirements for a certificate of occupancy unless, according to NY law, "later alterations changed its use, egress, or occupancy."

Kushner Companies obtained temporary certificates of occupancy for the buildings, but the lawsuit alleges, those were based upon "false statements" that there are working sprinklers in the buildings and that the penthouses were not finished.

Kushner Companies "have perpetrated a fraud by claiming that the penthouses have been continuously under construction in order to renew its TCOs indefinitely in order to avoid complying with the DOB's requirements for obtaining COs," according to the lawsuit.

Housing court Judge Frances Ortiz ruled against Kushner Companies, finding "the addition of an entire floor on the top of the building constitutes a substantial alteration, thereby requiring petitioners to obtain a C of O for the entire building." The judge added that "no rent is collectible by the petitioner [Kushner Village ] when a building lacks a valid certificate of occupancy." The litigation is ongoing.

According to the new lawsuit, the tenants allege that Kushner Companies representatives "have badgered tenants for rent payments, despite the COVID 19 epidemic raging at the time." It alleges that they used tactics that "were intended to, and did scare tenants of the Subject Buildings into paying rent that was legally not collectable, during the COVID 19 epidemic."

Tenants also allege that the construction of the penthouses has made it hazardous for tenants living in the building, causing cracks in walls and ceilings and leaks that have led to mold and mildew.

Michael Maher, a plaintiff in the lawsuit who has lived in one of the Kushner Village buildings since 1982, said the ceilings and walls in his kitchen and bathroom leak.

Maher and Porvin both said they are concerned about the structural integrity of the building.

"The whole building has tremors. It never had before they put those penthouses up there," said Maher.