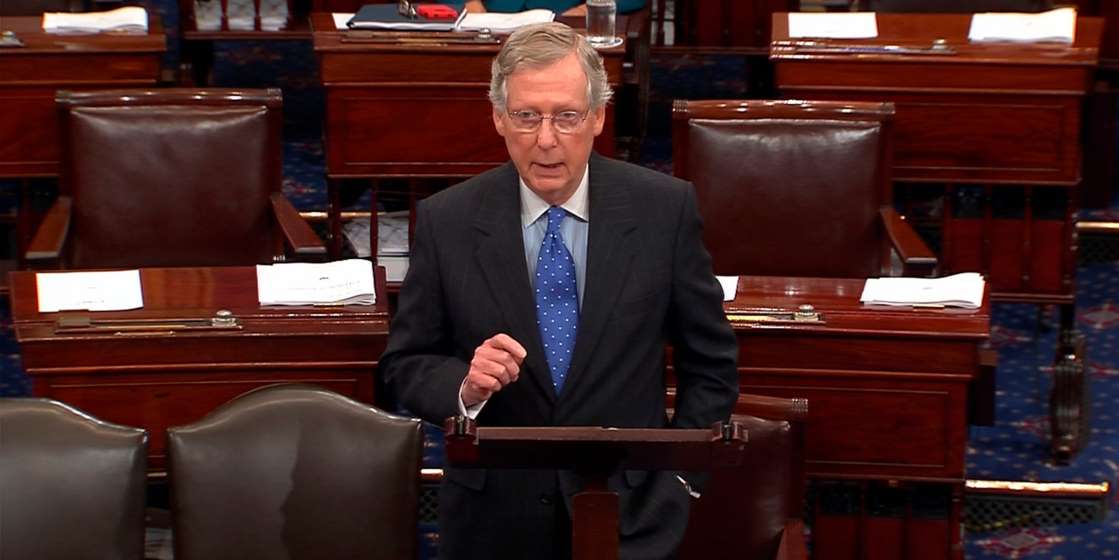 "McConnell expects Trump to lose, and therefore, for him to spend political capital to support Trump by forcing through a bill which would put his own leadership position at risk after the election, to me, doesn't make any sense," Shepherdson said in a webinar.

The Senate majority leader won't persuade his own party to vote for a big relief spending bill, because "splitting the party is death to the leader," Shepherdson said.

The economist said he expected a multitrillion-dollar bill by the end of January, after the inauguration, meaning there wouldn't be any stimulus money flowing into the economy until February.

Senate Majority Leader Mitch McConnell won't risk his position by forcing through a stimulus bill now, because he expects President Donald Trump to lose next month's election, Ian Shepherdson, the chief economist at Pantheon Macroeconomics, said in a webinar on Thursday.

"I think McConnell expects Trump to lose, and therefore, for him to spend political capital to support Trump by forcing through a bill which would put his own leadership position at risk after the election, to me, doesn't make any sense," Shepherdson said.

"It's always wise to do things from McConnell's personal perspective, because that's how things operate in the Senate. He has enormous personal power, and he wants to be leader again, even if he has to be a leader in the minority," he said, alluding to the potential that Democrats could win a majority in the Senate next month.

House Democrats have put forward a $2.2 trillion plan, but McConnell has described it as "outlandish" and said the amount was too high.

On Thursday, he signaled that his limit is $500 billion. "My members think what we laid out — a half a trillion dollars, highly targeted — is the best way to go," he said. "So that's what I'm going to put on the floor."

To pass a big relief bill, Shepherdson said, McConnell would end up dividing his own party, since about 15 to 20 Republicans oppose a deal at or above $1.5 trillion.

But he ultimately wouldn't push Republicans to agree, because "splitting the party is death to the leader," Shepherdson said. He cited examples of the Republican leaders John Boehner and Paul Ryan, who also faced contentious splits within the GOP.

"There will be no bill of any size until after the inauguration," Shepherdson said. "Here we are, in mid-October, looking at money not flowing until mid-February. That means a real void for the economy. It means potentially some very nasty growth numbers."

Shepherdson added that market volatility around the rising or falling chance of a new stimulus bill had been "an accident waiting to happen."

He said he expected a multitrillion-dollar bill by the end of January.

"The bill that I think will pass in February will be enormous. It will be $2 trillion-plus. It might even be the $3.3 trillion that the Democratic majority passed in May which was then ignored by the Senate," he said.

But he said he didn't expect the two chambers of Congress to work together before then. "That means leaving something positive for Biden to start with, and that's not the mindset of Republicans in the Senate," he said.