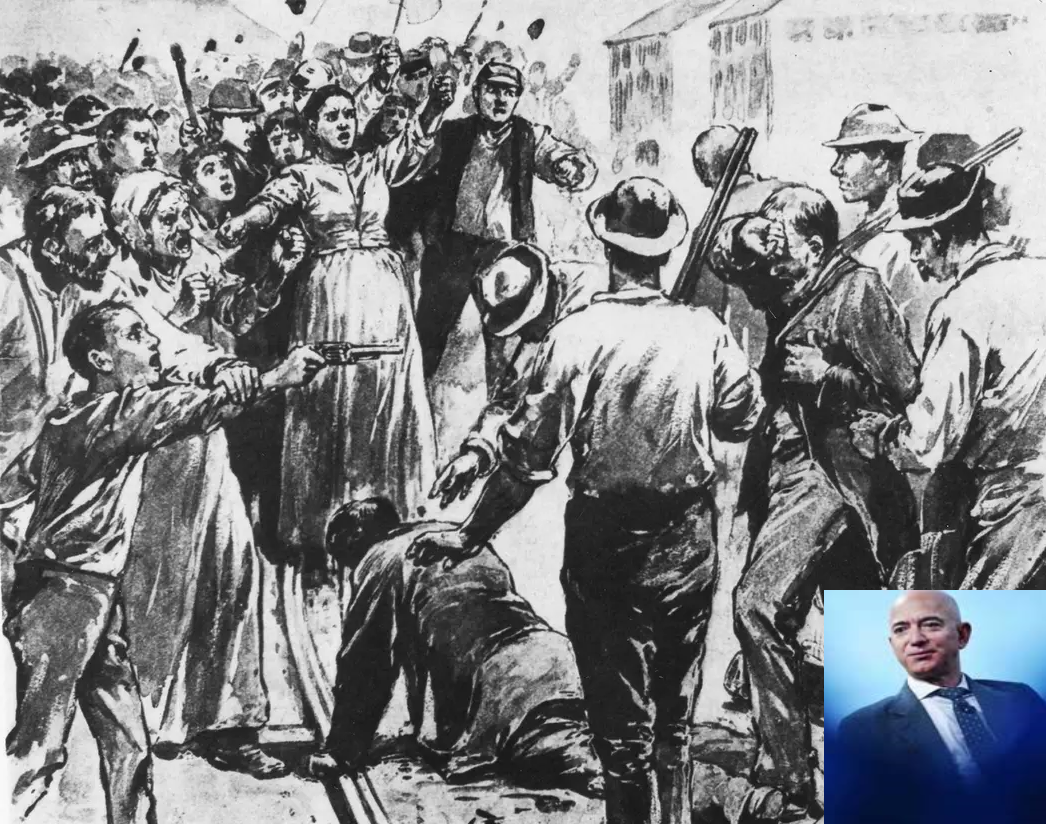 Amazon is hiring detectives from the notorious Pinkerton agency to spy on warehouse workers and monitor them for labor unionization efforts, according to a Monday Motherboard report.

An Amazon spokesperson confirmed to the outlet that Amazon has indeed recruited operatives from Pinkerton, the spy agency that has a centuries-long history of upending worker union activities, among other services.

Per Motherboard, Pinkerton spies were "inserted" into a warehouse in Wroclaw, Poland, in 2019 to look into an allegation that job candidates were being coached for job interviews.

Amazon spokesperson Lisa Levandowski told Business Insider that the firm partners with Pinkerton to "secure high-value shipments in transit," not to gather intelligence on warehouse workers, and that all activities are "fully in line with local laws."

Motherboard obtained internal emails written by members of Amazon's Global Security Operations Center in 2019. The leaked documents reportedly show Amazon analysts tracking union organizing activity of workers in Europe, with members having the ability to stay updated on labor organizing efforts conducted at warehouses, right down to the date, time, location, and the number of workers involved.

The report also revealed that the data analysts used Facebook and Instagram to monitor the activity of social justice and environmental activist groups, including Greta Thunberg's Fridays4future and Greenpeace. Amazon said the company's analysts do not create social media accounts to track social movements.

Some of the documents suggest that the same monitoring tactics used in Europe could be being used in the Americas, according to the report.

Levandowski told Business Insider that "like any other responsible business, we maintain a level of security within our operations to help keep our employees, buildings, and inventory safe. That includes having an internal investigations team who work with law enforcement agencies as appropriate, and everything we do is in line with local laws and conducted with the full knowledge and support of local authorities."

The Pinkertons were used as a resource by 19th-century industrial bigwigs to spy on unions and to break up worker-held strikes. Steelworkers held a strike in 1892 that devolved into violence and the death of a dozen people when Carnegie Steel Company recruited 300 Pinkertons to act as armed guards, according to History.com. The event led to some states passing laws to prohibit the use of third-party security forces in labor disputes.

As Christy Hoffman, the general secretary of UNI Global Union, told Motherboard, Amazon's deployment of Pinkerton spies to monitor workers' strikes echoes the same tactics used by 19th-century industry tycoons and comes as the company remains under the microscope of anti-trust investigators in the EU and in the US.

"For years people have been comparing big tech bosses to nineteenth-century robber barons, and now by using Pinkertons to do his dirty work, Bezos is making that connection even clearer," Hoffman told Motherboard.

The developments are the latest in a string of evidence that highlights Amazon's robust efforts to monitor and crackdown on its workers unionizing. The retail giant has been staunchly opposed to labor unions — the firm listed, but quickly removed, a job opening earlier this year for an analyst that would monitor employee's efforts to organize.

While CEO Jeff Bezos and his ecommerce giant have profited heavily from home-bound customers during the COVID-19 pandemic, Amazon workers have been advocating for better working conditions, staging strikes and protests. Christian Smalls, a former warehouse worker at Amazon's New York fulfillment center, was fired after the company said he ignored social distancing recommendations during a walkout in March. Leaked documents, obtained at the time by Motherboard, revealed an internal effort to mount a PR campaign against Smalls. The documents reportedly revealed that Amazon's top lawyer called Smalls "not smart or articulate" and said the company should "make him the face of the entire union/organizing movement."

A separate Motherboard report from September found that Amazon had been using a tool to monitor dozens of private and public social media groups to find drivers that were organizing strikes or protests.