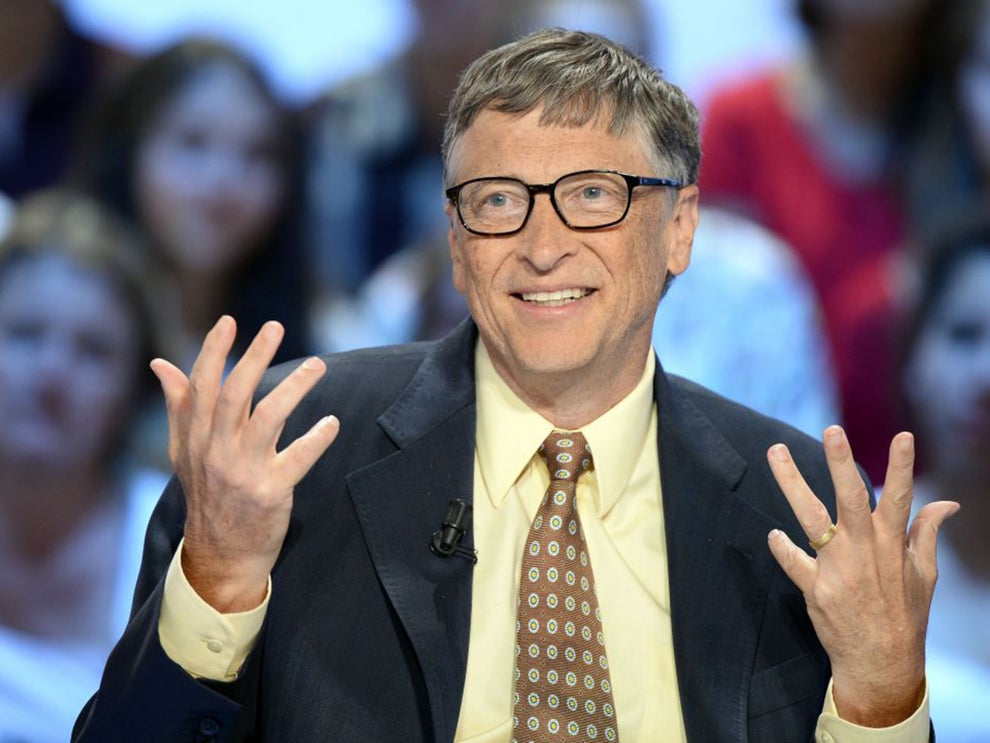 Bill Gates says the US's two major public health authorities can no longer be trusted in its coronavirus response after they succumbed to political pressure from the Trump administration.

The software billionaire questioned whether a Covid-19 vaccine approved by the Food and Drug Administration (FDA) could be trusted as safe and effective, while saying the Centres for Disease Control and Prevention (CDC) had been "written out of the picture" by the White House.

Speaking in a Bloomberg Television interview on Tuesday morning, Mr Gates said the FDA had lost credibility after commissioner Stephen Hahn exaggerated the benefits of blood plasma before backtracking the next day.

“Historically, just like the CDC was viewed as the best in the world, the FDA had that same reputation as a top-notch regulator but there’s been some cracks with some of the things they’ve said at the commissioner level,” Mr Gates said.

“We saw with the completely bungled plasma statements that when you start pressuring people to say optimistic things, they go completely off the rails. The FDA lost a lot of credibility there.”

Donald Trump has claimed a vaccine would be available before the November election, with both Joe Biden and Kamala Harris saying they wouldn't trust a candidate rushed out by the president's administration.

In another interview with CNBC aired on Tuesday, he said a vaccine would likely not be ready until December or January at the earliest. Pfizer, which requested an expansion from the FDA of its late-stage trial, would be the only one that might seek an emergency license by the end of October.

Mr Gates also said political interference at the CDC had diminished its ability to effectively respond to the pandemic, echoing the sentiment of House Democrats that opened an investigation into allegations of interference at the agency by the Trump administration.

“The CDC is largely being written out of the picture because you have people at the White House who aren’t epidemiologists, saying what a great job they’ve done, and so it’s no longer a set of experts,” he told Bloomberg.

The Microsoft founder has been on a media blitz in the past week criticizing response to the coronavirus pandemic from the Trump administration, the government's federal agencies, and the leadership

In an interview with Stat News, he said the response had been mismanaged situation every step of the way.

“It’s shocking. It’s unbelievable — the fact that we would be among the worst in the world,” he said.

Wife Melinda Gates, meanwhile, was on Axios on HBO saying more people have died in the US than in other countries due to a "lack of leadership".

"We've had — terrible leadership on this issue quite frankly. And science should never be politicized. Science is about getting at the truth," she said.

In New York Magazine, Mr Gates said the US would have been expected to have the best coronavirus response if not for a "unique US stupidity".

"I mean, it’s crazy. And yet we end up being as bad as health systems that have spent half as much, countries that don’t have a CDC," he said.

To The New York Times, he said he lobbied the White House and Congress to add an extra $4 billion to the next coronavirus relief stimulus so poor countries could get Covid-19 vaccines.

“I’ve got to call these people up and make the pitch to them that this really makes sense — and I totally, totally believe it makes sense,” he said.

The Independant — Justin Vallejo contributed to this report.