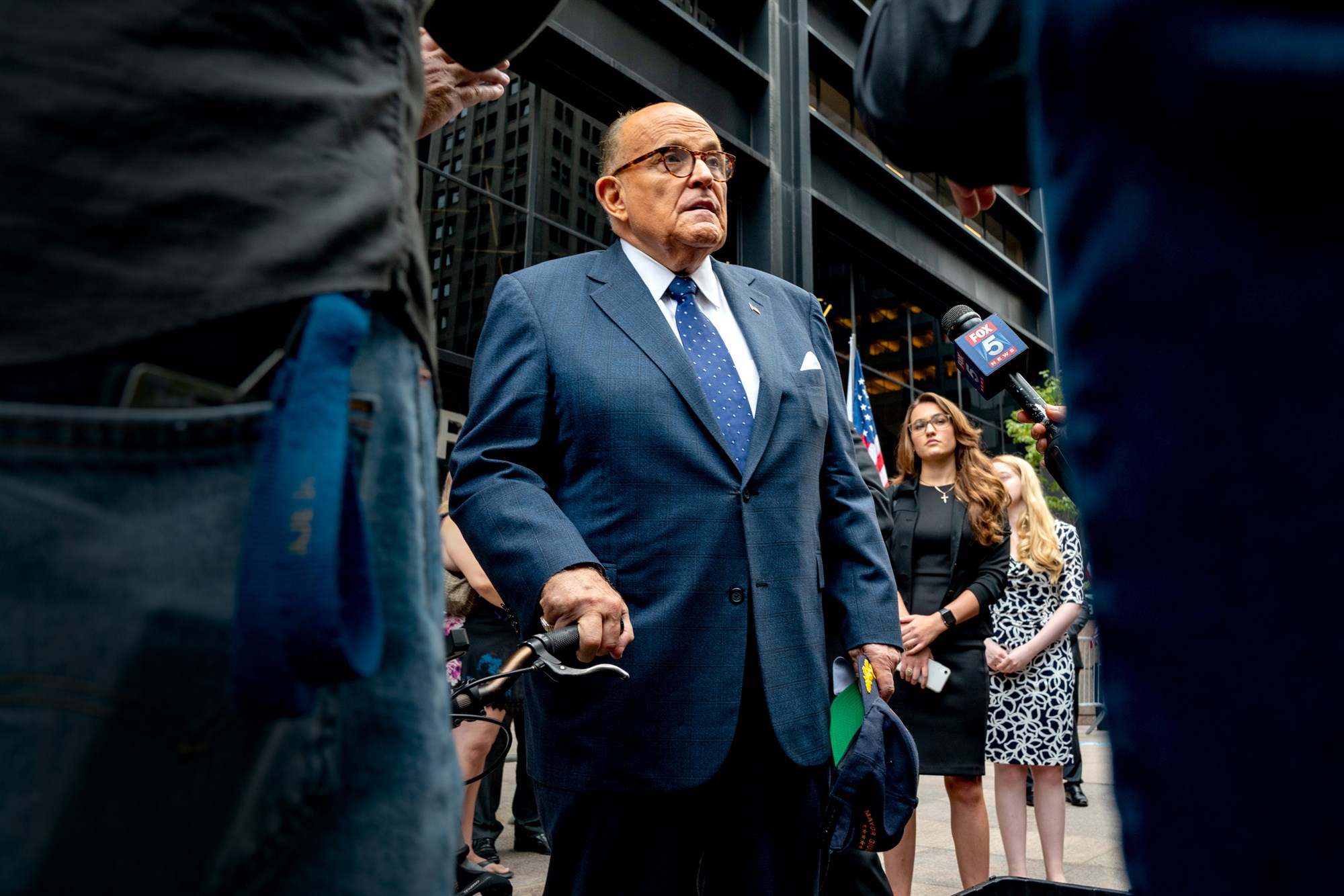 The U.S. wasn't spying on Giuliani, but on people with whom he talked, including Andrii Derkach, identified by the Treasury Department as a Russian agent.

The CIA and other spy agencies gathered intelligence on Rudy Giuliani's dealings with alleged Russian intelligence agents last year and passed that information on to the White House, a source familiar with the matter told NBC News.

The existence of the intelligence was first reported by the Washington Post and later confirmed by The New York Times, both of which reported that White House national security adviser Robert O'Brien warned President Donald Trump about it. NBC News has not confirmed that detail. The Post cited four former officials while the Times relied on four current and former officials.

John Ullyot, a spokesperson for the National Security Council, said in a statement that "the characterization of the meeting as described in reports is not accurate," but he did not dispute that the president was informed that his lawyer was dealing with alleged Russian agents.

Spokespersons for the CIA and the Office of the Director of National Intelligence declined to comment.

American intelligence agencies were not spying on Giuliani, but on the people with whom he was talking, the source said, including Andrii Derkach, who has been identified by the Treasury Department as a Russian agent. That collection led them to learn about Giuliani's dealings with Derkach and other Russian operatives who wanted to feed him information attempting to discredit Democrat Joe Biden, the source said.

Giuliani met repeatedly with Derkach on Dec. 5, 2019, as part of his efforts to gather derogatory information on Biden's Ukraine dealings. Derkach has released what American officials call selectively edited audiotapes of Biden conversations with Ukrainian officials, at least one of which was retweeted by the president.

Giuliani did not respond to a request for comment. In an interview on MSNBC last month, he downplayed his interactions with Derkach and said he was unaware the man was a Russian agent.

"I don't know what's in the Treasury Department investigation, nor have I ever seen any evidence that [Derkach] is or is not a Russian agent,' Giuliani said. "So I don't know anything about that.