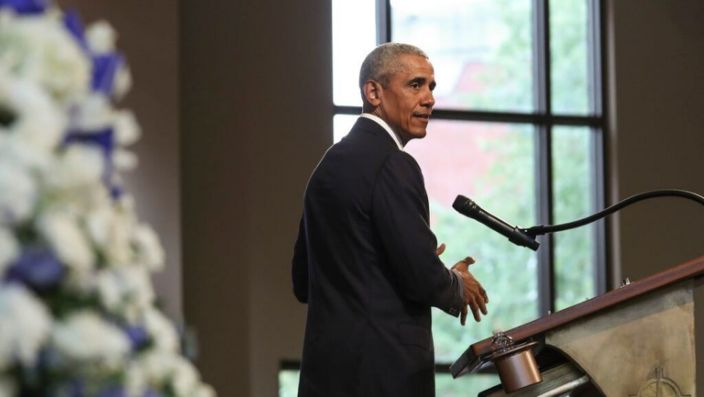 The crowd at a Nevada rally for President Donald Trump repeated a familiar refrain on Sunday. Supporters of the president began chanting “Lock him up” when he again accused his predecessor, former President Barack Obama, of “spying” on him.

In 2016, those three words were regularly chanted at Trump campaign events and referred to Hillary Clinton’s use of private email servers while she was secretary of state.

Despite the fact that there is no evidence that either Obama or Vice President Joe Biden had any role in initiating the investigation into the Trump campaign, the president has continued to accuse both of treason. 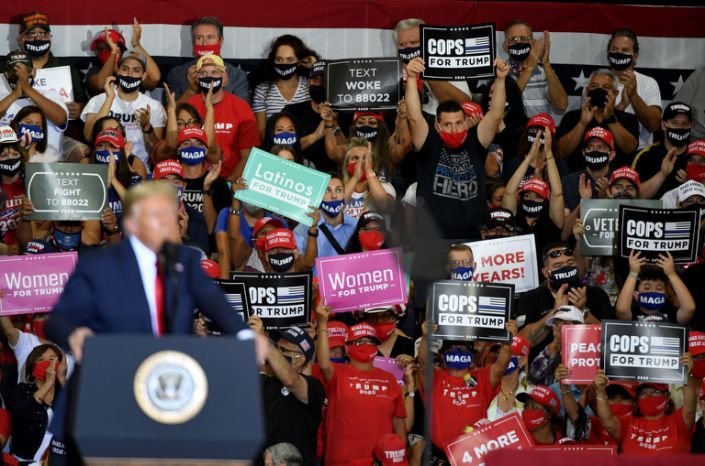 The crowd of Trump supporters was packed inside Xtreme Manufacturing in defiance of an order by Steve Sisolak, the governor of Nevada, who is a Democrat.

Saturday’s event was the second in Nevada and the first indoor rally held by the campaign since the Tulsa, Oklahoma rally on June 20 that caused a spike in positive coronavirus cases in the state. Four days later, The Washington Post reported that hours before it began, at least six advance staffers who helped organize that trip had tested positive for COVID-19, including two Secret Service employees.

Tulsa is also believed to be where Trump supporter Herman Cain contracted the virus. He later died.

Most of the thousands of attendees at the event were not wearing masks. The people in the stands directly behind the president were mandated to wear a face covering.

In a statement released just before the rally commenced, Sisolak said Trump was “taking reckless and selfish actions that are putting countless lives in danger here in Nevada.”

Sisolak criticized the president’s handling of the virus, saying he “didn’t have the guts to make the tough choices.”

“Now he’s decided he doesn’t have to respect our State’s laws,” said Sisolak, “As usual, he doesn’t believe the rules apply to him.”

“If you can join tens of thousands of people protesting in the streets, gamble in a casino, or burn down small businesses in riots, you can gather peacefully under the 1st Amendment to hear from the President of the United States,” countered Tim Murtaugh, the Trump campaign communications director.

The Grio — Biba Adams contributed to this report.