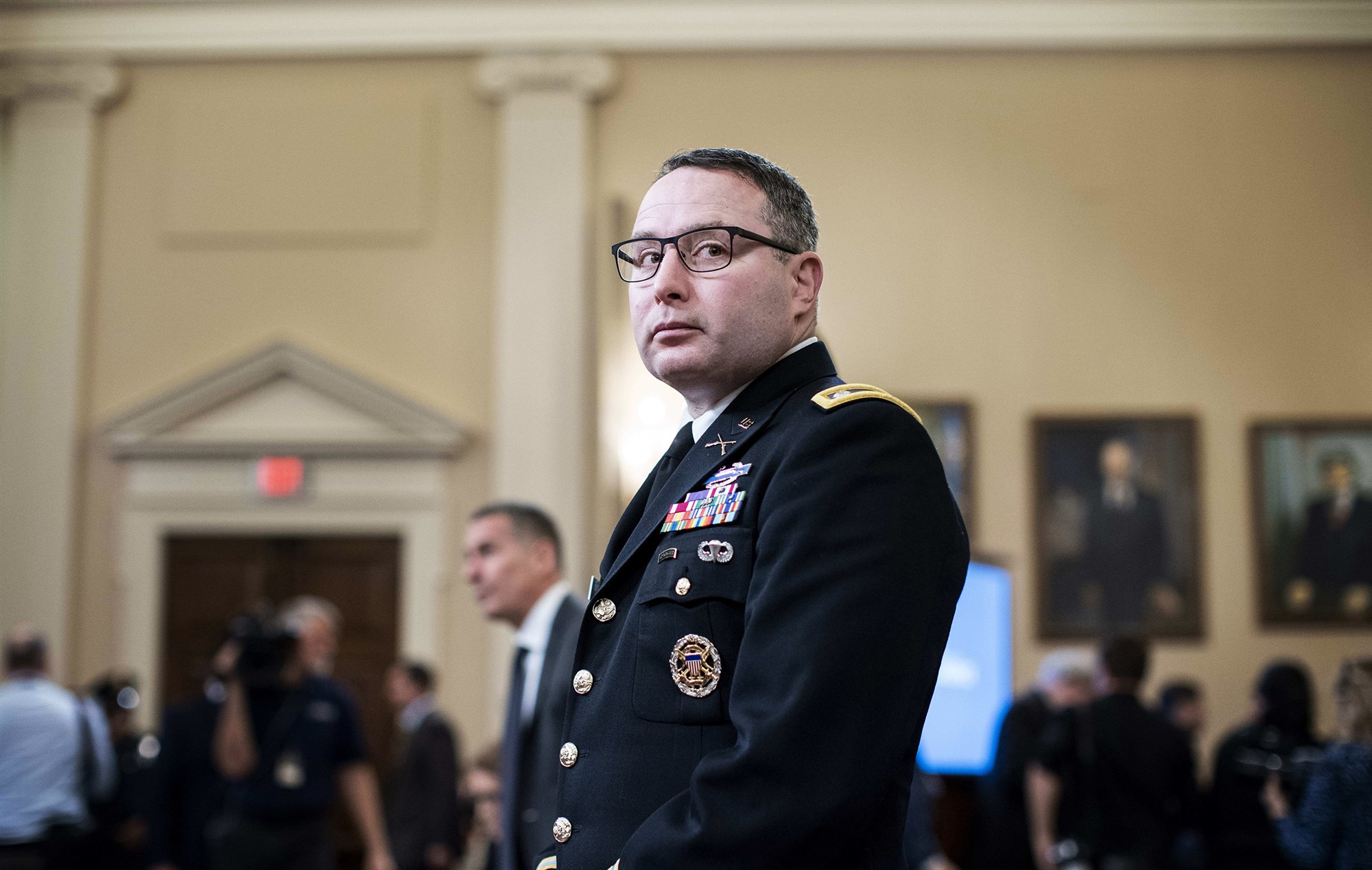 For months, Alexander Vindman made no real effort to defend himself or fire back at the Republicans who tried to tear him down. Now, it's different story.

It's been nearly a year since Americans were introduced to Lt. Col. Alexander Vindman -- at the time, the top Ukraine expert on the White House National Security Council -- who heard the president try to extort Ukraine President Volodymyr Zelensky last summer. Vindman was so concerned by Donald Trump's misconduct that he reported it to a superior and agreed to testify under oath about the controversy.

As regular readers know, Trump started taking shots at Vindman almost immediately. Soon after, the president hinted that he had secret evidence against the lieutenant colonel, which he would "soon" share with the media. Predictably, the information never materialized.

But it was Trump and his team who led the offensive. The president even took some time at a November cabinet meeting to take a few rhetorical shots at the lieutenant colonel, making a snide comment about Vindman appearing on Capitol Hill in uniform. It wasn't long before the president started mocking Vindman, publicly and privately, falsely accusing him of "insubordination," and even demeaning Vindman's heroic service.

All the while, the lieutenant colonel who did everything right, and who served as honorably, made no real effort to defend himself or fire back at the misguided partisans who tried to tear him down.

But now that he's retired from the military, Vindman has more options.

Last month, for example, the combat veteran wrote a Washington Post op-ed, which argued, "At no point in my career or life have I felt our nation's values under greater threat and in more peril than at this moment. Our national government during the past few years has been more reminiscent of the authoritarian regime my family fled more than 40 years ago than the country I have devoted my life to serving. "

And now, Vindman has also spoken at some length with The Atlantic's Jeffrey Goldberg about his experiences. The whole piece is worth your time, but I was struck by the magazine editor asking Vindman whether he believes Trump is an asset of Russian intelligence.

"President Trump should be considered to be a useful idiot and a fellow traveler, which makes him an unwitting agent of Putin," he says. Useful idiot is a term commonly used to describe dupes of authoritarian regimes; fellow traveler, in Vindman's description, is a person who shares Putin's loathing for democratic norms.

Asked whether he believes Vladimir Putin is blackmailing the Republican president, Vindman suggests it's the wrong question.

"They may or may not have dirt on him, but they don't have to use it," he says. "They have more effective and less risky ways to employ him. He has aspirations to be the kind of leader that Putin is, and so he admires him. He likes authoritarian strongmen who act with impunity, without checks and balances. So he'll try to please Putin." Vindman continues, "In the Army we call this 'free chicken,' something you don't have to work for -- it just comes to you. This is what the Russians have in Trump: free chicken."

As for his future, Vindman is now studying for his doctorate at the School of Advanced International Studies at Johns Hopkins University, and he's speaking out because he believes "it's important for the American people to know that this could happen to any honorable service member, any government official. I think it's important for me to tell people that I think the president has made this country weaker. We're mocked by our adversaries and by our allies, and we're heading for more disaster."

Vindman went on to tell Goldberg he wants to put his knowledge of authoritarianism to good use, "before it's too late."

Here's hoping he keeps on talking.