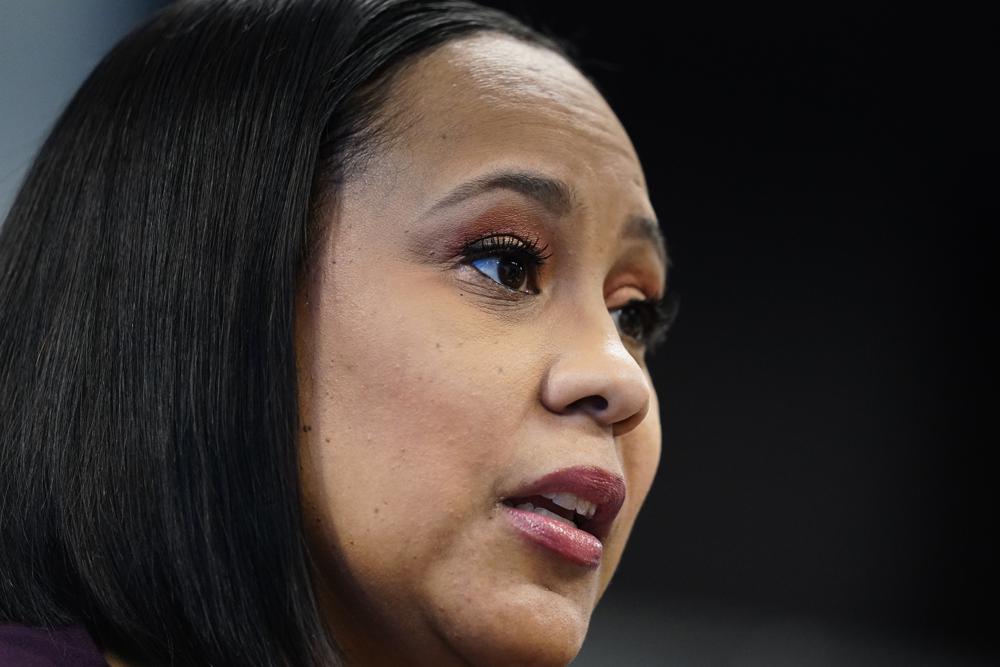 The Georgia prosecutor investigating the conduct of former President Donald Trump and his allies after the 2020 election is subpoenaing U.S. Sen. Lindsey Graham, former New York Mayor Rudy Giuliani, and other members of Trump’s campaign legal team to testify before a special grand jury.

Fulton County District Attorney Fani Willis on Tuesday filed petitions with the judge overseeing the special grand jury as part of her investigation into what she alleges was “a multi-state, coordinated plan by the Trump Campaign to influence the results of the November 2020 election in Georgia and elsewhere.”

The move marks a major escalation in a case that could pose a serious legal challenge to the former president as he weighs another White House run. While the special grand jury has already heard from top state officials, Tuesday’s filings directly target several of Trump’s closest allies and advisers, including Giuliani, who led his campaign’s legal efforts to overturn the election results.

“It means the investigation is obviously becoming more intense because those are trusted advisers, those are inner circle people,” said Robert James, former district attorney in DeKalb County, which neighbors Fulton.

The special grand jury has been investigating whether Trump and others illegally tried to meddle in the 2020 presidential election in Georgia as he desperately tried to cling to power after Democrat Joe Biden’s victory. Trump continues to insist that the election was stolen, despite the fact that numerous federal and local officials, a long list of courts, top former campaign staff and even Trump’s own attorney general have all said there is no evidence of the fraud he alleges.

The investigation is separate from that being conducted by a congressional committee that has been examining the events surrounding the deadly insurrection at the U.S. Capitol on Jan. 6 as well as the Department of Justice’s own sprawling probe. Trump is also facing other legal challenges, including in New York, where he, his namesake son and his daughter Ivanka have agreed to answer questions under oath beginning next week in the New York attorney general’s civil investigation into his business practices.

The escalation comes as Trump has been mulling announcing a third presidential run as soon as this summer as he seeks to deflect attention from the ongoing investigations and lock in support before a long list of other potential candidates, such as Florida Gov. Ron DeSantis, make their own moves.

Willis, who took this unusual step of requesting a special grand jury earlier this year, has confirmed that she and her team are looking into a January 2021 phone call in which Trump pushed Georgia Secretary of State Brad Raffensperger to “find” the votes needed for him to win the state. She has said the team is also looking at a November 2020 phone call between Graham and Raffensperger, the abrupt resignation of the U.S. attorney in Atlanta on Jan. 4, 2021, and comments made during December 2020 Georgia legislative committee hearings on the election. Raffensperger and other state officials have already testified before the special grand jury.

In the petition submitted to the judge, Willis wrote that Graham, a longtime ally of the former president, actually made at least two telephone calls to Raffensperger and members of his staff in the weeks after the November 2020 election. During those calls, Graham asked about reexamining certain absentee ballots “in order to explore the possibility of a more favorable outcome for former President Donald Trump,” she wrote.

A Graham spokesman did not respond to a request for comment.

In the petition for Giuliani’s testimony, Willis identifies him as both a personal attorney for Trump and “a lead attorney for the Trump Campaign’s legal efforts seeking to influence the results of the November 2020 election in Georgia and elsewhere.”

As part of those efforts, she wrote, he and others presented a Georgia state Senate subcommittee with a video recording of election workers that Giuliani alleged showed them producing “suitcases” of unlawful ballots from unknown sources, outside the view of election poll watchers.

Within 24 hours of the hearing on Dec. 3, 2020, Raffensperger’s office had debunked the video and said that it had found that no voter fraud had taken place at the arena. Nevertheless, Giuliani continued to make statements to the public and in subsequent legislative hearings claiming widespread voter fraud using that debunked video, Willis wrote.

“There is evidence that (Giuliani’s) appearance and testimony at the hearing was part of a multi-state, coordinated plan by the Trump Campaign to influence the results of the November 2020 election in Georgia and elsewhere,” the petition says.

Giuliani’s attorney, Bob Costello, said he had no comment and that his client had not been served with any subpoena.

To compel the testimony of an out-of-state witness, a prosecutor in Georgia has to file a petition and then a judge has to sign a certificate approving the petition, said Danny Porter, a former longtime district attorney in Gwinnett County in Atlanta’s suburbs.

The next step is to deliver the petition to a prosecutor wherever the witness lives, and serve it to the witness, who is entitled to a hearing. If the person objects to going to Georgia to testify, they have to be able to show that either their testimony isn’t needed or that it would be an undue hardship for them, Porter said.

Special grand juries are impaneled in Georgia to investigate complex cases with large numbers of witnesses and potential logistical concerns. They can compel evidence and subpoena witnesses for questioning and, unlike regular grand juries, can also subpoena the target of an investigation to appear before it.

When its investigation is complete, the special grand jury issues a final report and can recommend action. It’s then up to the district attorney to decide whether to ask a regular grand jury for an indictment.

It’s not clear exactly what charges Willis could ultimately choose to pursue against Trump or anyone else. In a letter she sent to top-ranking state officials last year, she said she was looking into “potential violations of Georgia law prohibiting the solicitation of election fraud, the making of false statements to state and local government bodies, conspiracy, racketeering, violation of oath of office and any involvement in violence or threats related to the election’s administration.”

Trump has denied that he did anything wrong.

AP — KATE BRUMBACK and JILL COLVIN contributed to this report.