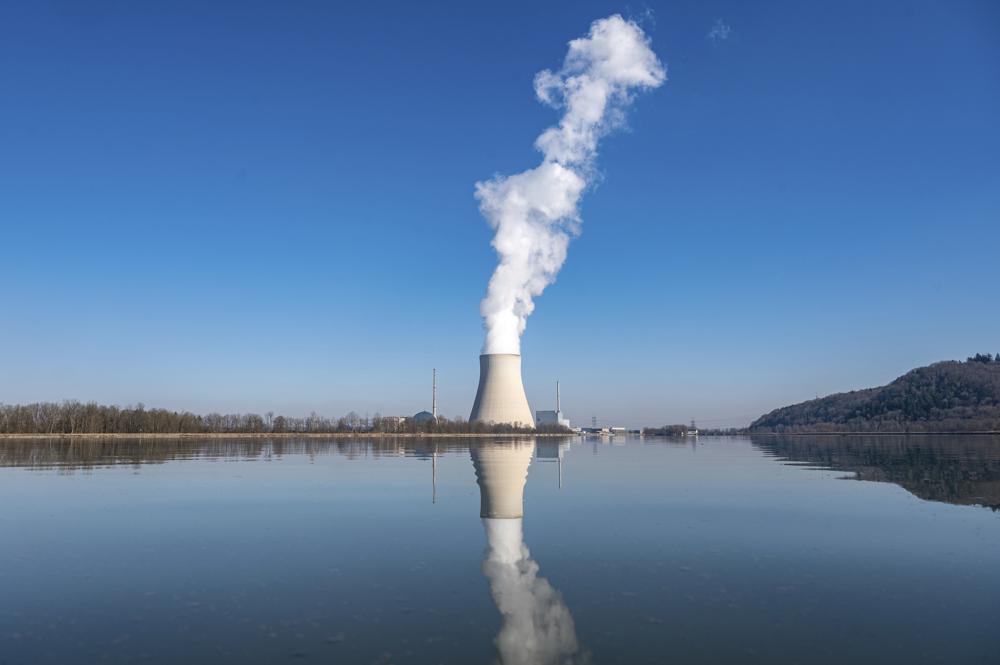 Rising concern over the impact of a potential Russian gas cutoff is fueling the debate in Germany over whether the country should switch off its last three nuclear power plants as planned at the end of this year.

The door to some kind of extension appeared to open a crack after the Economy Ministry in mid-July announced a new “stress test” on the security of electricity supplies. It’s supposed to take into account a tougher scenario than a previous test, concluded in May, that found supplies were assured.

Since then, Russia has reduced natural gas supplies through the Nord Stream 1 pipeline to Germany to 20% of capacity amid tensions over the war in Ukraine. It cited technical issues that Germany says are only an excuse for a political power play. Russia recently has accounted for about a third of Germany’s gas supply, and there are concerns it could turn off the tap altogether.

The main opposition Union bloc has made increasingly frequent demands for an extension of the nuclear plants’ lives. Similar calls are coming from the smallest party in Chancellor Olaf Scholz’s coalition government, the pro-business Free Democrats.

“A lot speaks for not switching off the safe and climate-friendly nuclear power plants, but if necessary using them until 2024,” Finance Minister Christian Lindner, the Free Democrats’ leader, told Sunday’s Bild am Sonntag newspaper. He called for Economy Minister Robert Habeck, who is responsible for energy, to stop the use of gas to generate electricity.

Calls for extending the use of nuclear power are awkward for the other two governing parties, Scholz’s center-left Social Democrats and, particularly, Habeck’s environmentalist Greens. Opposition to nuclear power is a cornerstone of the Greens’ identity; a Social Democrat-Green government launched Germany’s exit from nuclear power two decades ago.

A government made up of then-Chancellor Angela Merkel’s center-right Union and the Free Democrats set the nuclear exit’s current form in 2011, shortly after the Fukushima nuclear disaster in Japan. It calls for the three still-operational reactors to go offline at the end of December.

Habeck has long argued that keeping those reactors running would be legally and technically complex and do little to address the problems caused by a shortfall of gas, arguing that natural gas isn’t so much a factor in generating electricity as in fueling industrial processes and providing heating.

“We have a heating problem or an industry problem, but not an electricity problem — at least not generally throughout the country,” he said in early July.

In this year’s first quarter, nuclear plants accounted for 6% of Germany’s electricity generation and gas for 13%. Lindner said “we must work to ensure that an electricity crisis doesn’t come on top of the gas crisis.”

Some Greens have indicated a degree of openness in recent days to allowing one or more reactors to keep running for a short period with their existing fuel rods, if the country faces a power supply emergency — though not to a longer extension.

Others aren’t impressed by the idea. That “is also a lifetime extension” for the reactors that would require a change to the existing law, “and we won’t touch that,” prominent Green lawmaker Juergen Trittin — Germany’s environment minister when the nuclear phaseout was first drawn up — told Saturday’s Tagesspiegel newspaper.

Critics say that isn’t enough anyway. Opposition leader Friedrich Merz has urged the government to order new fuel rods for the remaining reactors immediately. Senior opposition lawmaker Alexander Dobrindt called for three already-shut reactors to be reactivated and told the Welt am Sonntag newspaper that “in this situation, lifetime extensions for nuclear energy of at least five more years are conceivable.”

And Scholz’s position? Government spokeswoman Christiane Hoffmann said last week that he is waiting for the results of the “stress test,” which are expected in the coming weeks.

The government has already given the green light for utility companies to fire up 10 dormant coal-fired power plants and six that are oil-fueled, and plans also to clear the way for dormant lignite-fired plants to be reactivated. Another 11 coal-fired power plants scheduled to be shut down in November will be allowed to keep operating.