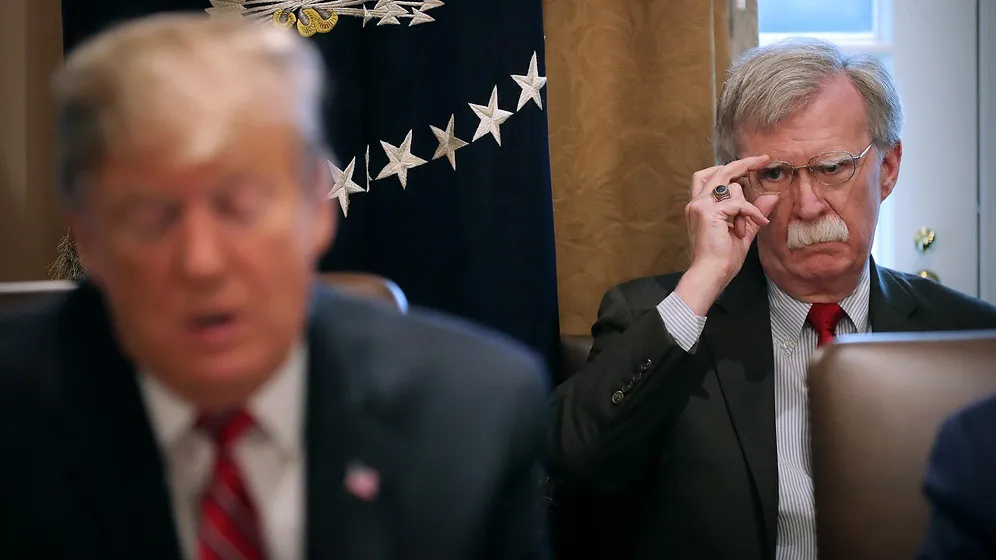 The Department of Justice has launched a criminal investigation into the possibility that former national security adviser John Bolton "unlawfully disclosed classified information" in a memoir he published earlier this year, The New York Times reported Tuesday.

Citing conversations with three people familiar with the matter, the Times said DOJ "has convened a grand jury, which issued a subpoena for communications records from Simon & Schuster, the publisher" of Bolton's book, "The Room Where It Happened," which was released in June.

The Trump administration had previously tried to block the book's release in court, arguing Bolton did not complete required pre-publication of the manuscript to make sure classified information was not contained in it. A federal judge rebuffed the administration's attempts, but left open the possibility that Bolton could face criminal charges or be forced to hand over profits related to the book.

The Times reported that two of the people familiar with the issue said Director of National Intelligence John Ratcliffe referred the matter to DOJ last month. The move prompted the head of the department's national security division to open the criminal investigation, a person briefed on the case told the newspaper.

Bolton, who served for a time as President Donald Trump's national security adviser, has said he has complied with all of the revisions requested by the White House.

Attorney General William Barr declined to comment on the matter when asked about it on Tuesday by CNN.

The Times noted that Trump has signaled that he wants Bolton prosecuted, including in tweets this summer in which he claimed Bolton "broke the law" and "should be in jail, money seized, for disseminating, for profit, highly Classified information."

Bolton's memoir presents a damning picture of Trump's White House. He wrote that the President only genuinely cares about his reelection and asked leaders of Ukraine and China to help him win in November. Bolton also said Trump is woefully uninformed about basic matters of foreign policy and is obsessed with shaping media coverage of his presidency.