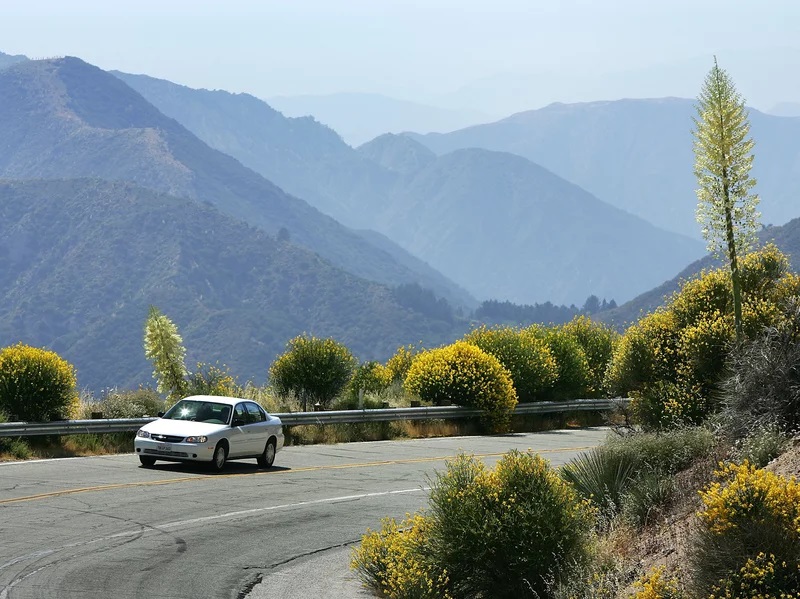 Cars have long had their own special place in America.

The wide open roads, the wind in your hair, the feeling of freedom when you drive. Cars have been celebrated in movies and eternalized in songs for evoking all that.

And right now, that feeling of freedom comes with a pretty hefty price tag. The average monthly car payment crossed $700 a month earlier this year, the highest on record, according to Cox Automotive/Moody's Analytics.

"I joke with people that every new car purchase is a luxury car purchase, I don't care what you're buying," says Ivan Drury, senior manager of insights at the car buying expert Edmunds.

However, cars aren't just a symbol of freedom.

In fact, they play an essential role in the economy. People rely on cars to get to work — 3 out of 4 Americans commute to work by car. Then there's school drop-offs, doctors appointments, grocery shopping and more.

And yet, for more and more Americans owning a car is becoming unaffordable.

"Unfortunately for the segment of the population that probably needs it the most, it's getting more and more out of reach," Drury notes.

Indeed, that high dollar figure doesn't even account for insurance or parking for those who have to pay for it. Not to mention gas prices that crossed $5 a gallon recently and are still hovering near these record levels.

There's also no end in sight in an era when interest rates are rising and the cost of borrowing will likely go up even more.

The primary reason cars have gotten so pricey can be traced back to the computer chip shortage that started during the pandemic.

When car sales dropped dramatically during the early parts of the lockdown, auto manufacturers slashed orders for the chips.

Around the same time, as schools and work went online, people bought additional laptops, iPads, TVs, video games and other electronic goods for their home. So chip manufacturers shifted their production to serve those companies.

This was soon followed by other big shifts in the economy. People started moving out of crowded cities into suburban locations, and suddenly demand for cars skyrocketed.

Auto manufacturers were caught flatfooted and unable to make enough cars because they didn't have enough microchips, which play a big role in today's cars, controlling everything from windows to the navigation screen to even passenger seat sensors.

With a limited supply of chips, automakers cut back and made fewer cars. They decided to put their chips into making bigger, more expensive vehicles — SUVs loaded with features — to get more bang for their buck.

That also means that automakers have been making fewer compact cars and sedans, the more affordable vehicles.

The result is that prices have climbed to astronomical levels. The average cost of a new car is hovering at the highest level on record, topping $47,000 a pop.

Drury says get used to these prices: "We're not going to see a sudden drop-off in price anytime soon, because there doesn't seem to be any resolution for the chip crisis."

And used cars? Forget it. They're just as unaffordable

Those who have sought respite by buying used cars are also facing sticker shock.

Johnny Navarro experienced that sticker shock firsthand after a recent car accident. No one was hurt, but his car was totaled. When he went to the dealership, he found monthly payments had doubled for cars he'd looked at only a few years earlier.

"To see it jump from like $300 to $600 for a Corolla or Civic was like, I should be driving like a Mustang for that much money, you know?" Navarro said incredulously.

But people still love their cars

After a lot of shopping, Navarro found a used Lexus online. His car payment came out to $580 a month, over $200 more per month than he used to pay. That's before adding in his insurance bill and parking fees in downtown Los Angeles, where he lives.

"I'm definitely gonna have to probably pick up a shift or two more a week," Navarro says, referring to his job as a server at a restaurant in Santa Monica, Calif. Driving cuts his hourlong commute in half, but it's not the only reason he got the car.

"I just like to ride in my car with friends and listen to music. I actually have a carpool karaoke microphone," he says. "That's always really fun."

Navarro is like a lot of Americans — he loves his car. For as long as he can afford it, he's going to own one.