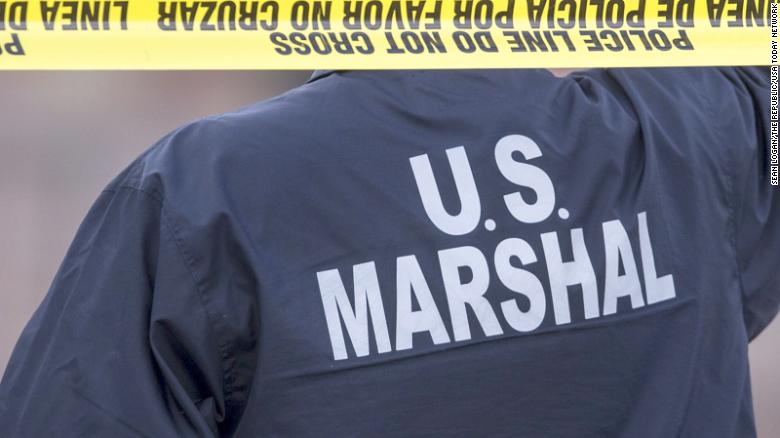 A multi-agency law enforcement operation in New Jersey resulted in the arrest of more than 190 fugitives, according to the US Marshals Service.
Operation "Clean Sweep" focused on capturing some of the state's "most violent offenders," including gang members, sex offenders, and violent criminals, US Marshals said in a news release on Wednesday.

The operation took place over a one-month period in July and targeted specific "priority" counties including Essex, Mercer, Camden, Atlantic, and Gloucester, according to the US Marshals.

"By employing a strategically focused approach to policing, our state, county, local, and federal, partners were able to locate and apprehend some of the most dangerous fugitives in the state of New Jersey," US Marshal Juan Mattos Jr. said in the release. "By removing these violent offenders from the streets, the communities they preyed upon can immediately feel more secure."

The US Marshals Service worked with the District of New Jersey and the New York/New Jersey Regional Fugitive Task Force to conduct the sweep, which they describe in the release as a "high-impact fugitive apprehension initiative."

Among those arrested were 72 gang members, 13 suspects wanted for homicide, and 80 suspects wanted for weapons offenses, according to the release. More than 1.4 kilograms of narcotics, $5,259, and 16 firearms were confiscated, the US Marshals Service said.

"Many fugitives tend to re-commit violent crimes which increases danger to communities by making the neighborhoods where we live and work unsafe," Mattos said. "By collaborating with our state, county, local, and federal partners, and conducting enforcement endeavors like Operation Clean Sweep, law enforcement serves to disrupt these criminal activities."