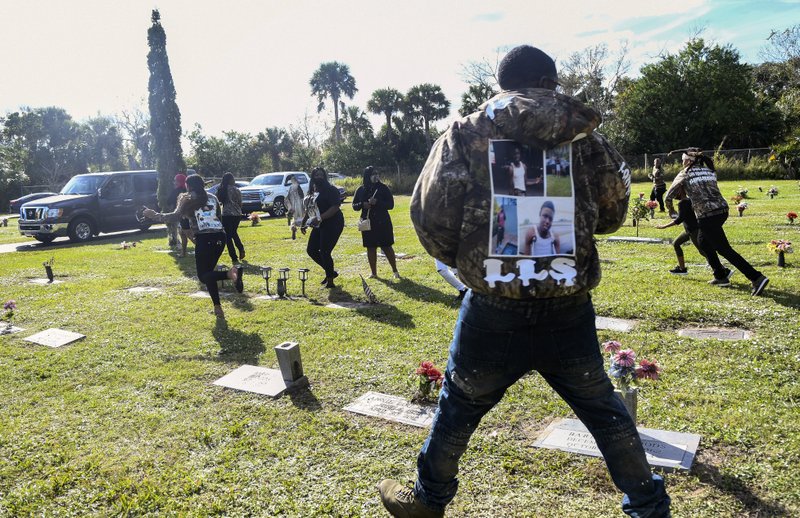 An unknown gunman fired into a crowd gathered at a Saturday afternoon burial service of a teenager who was fatally shot by a Florida sheriff’s deputy earlier this month, officials said.

The deceased teen’s mother was wounded by the bullet, Florida Today reported.

The shooting happened as guests gathered at Riverview Memorial Gardens to pay their respects to 18-year-old Sincere Pierce. Pierce and 16-year-old Angelo Crooms were killed Nov. 13 by a Brevard County Sheriff’s deputy.

The shot rang out as the pastor had just finished his prayers and the teen’s friends and loved ones were placing flowers on the casket, the newspaper reported. The loud popping sound was followed by stunned silence before Quasheda Pierce screamed that she’d been hit.

The newspaper reported that mourners were at first slow to react before realizing what had occurred. They began rushing to nearby cars and leaving the funeral quickly.

The mother was taken to a hospital, but the severity of her injury was not immediately known.

Detectives and crime scene investigators remained at the cemetery throughout the afternoon Saturday, the newspaper reported.

The teens were killed when Deputy Jafet Santiago-Miranda fired multiple shots into their car when the teens didn’t pull over. Sheriff Wayne Ivey had said the deputies thought the vehicle might have been stolen, but the teens’ families and lawyer, Natalie Jackson, said they had permission to use the car and called it a case of mistaken identity.

Their deaths captured national interest, with well-known civil rights attorney Benjamin Crump working on behalf of the families in what he called a bid for justice.

Ivey has released dash cam footage from the Nov. 13 shooting that showed the teens pulling into a driveway after being followed by two sheriff’s cars without lights. Crooms, who was driving, then backed out of the driveway and drove forward in the direction of a deputy, who, gun drawn, repeatedly shouted at the teen to stop the car.

The sheriff said in a Facebook post that the deputy “was then forced to fire his service weapon in an attempt to stop the deadly threat of the car from crashing into him.”