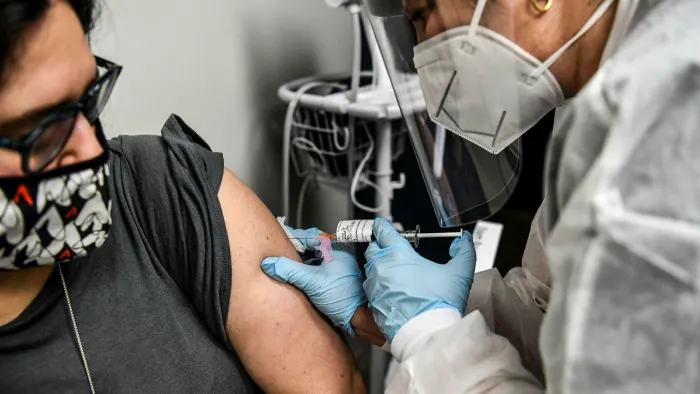 The chief executive of the world’s largest vaccine manufacturer has warned that not enough Covid-19 vaccines will be available for everyone in the world to be inoculated until the end of 2024 at the earliest.

Adar Poonawalla, chief executive of the Serum Institute of India, told the Financial Times that pharmaceutical companies were not increasing production capacity quickly enough to vaccinate the global population in less time.

“It’s going to take four to five years until everyone gets the vaccine on this planet,” said Mr Poonawalla, who estimated that if the Covid-19 shot is a two-dose vaccine — such as measles or rotavirus — the world will need 15bn doses.

Based in the western Indian city of Pune, the family-run Serum Institute has partnered with five international pharmaceutical firms, including AstraZeneca and Novavax, to develop a Covid-19 vaccine and committed to produce 1bn doses, of which it has pledged half to India. The company may also partner with Russia’s Gamaleya Research Institute to manufacture the Sputnik vaccine.

Mr Poonawalla said that the commitment far exceeded the capacity of other vaccine producers. “I know the world wants to be optimistic on it . . . [but] I have not heard of anyone coming even close to that [level] right now,” he said in a video call from London.

His assessment casts serious doubt on claims by politicians who have promised vaccines by next month, as concerns rise that large pre-orders from the US and Europe will leave developing countries at the back of the queue.

Mr Poonawalla’s perspective on vaccine production and distribution is particularly pertinent, given that the Serum Institute is tasked with producing vaccine doses for much of the developing world.

The company is the world’s largest vaccine manufacturer by volume, producing 1.5bn doses of vaccines annually for use in more than 170 countries to protect against many infectious diseases, such as polio, measles and influenza.

In May, the World Health Organization’s chief scientist Soumya Swaminathan predicted that it would take four to five years before the pandemic was under control, adding that a vaccine “seems for now the best way out” but it was no silver bullet. Other important factors are containment measures and virus mutations which could make a vaccine ineffective.

Assuming there are two or more vaccines that are at least 75 per cent protective against infection, three-quarters of the world’s population could be vaccinated by mid-2023, said Peter Hale, the executive director of the Foundation for Vaccine Research in the US. “That should be enough to curb the spread of infection and stall the pandemic — though not good enough to consign the virus to the dustbin of history,” Mr Hale added.

Mr Poonawalla, son of Cyrus Poonawalla, India’s seventh-richest billionaire, played down fears over the pause in the AstraZeneca trials last week after a participant fell ill, saying it was “very normal”.

To increase capacity to meet his 1bn dose target, Mr Poonawalla said he was talking to investors such as Saudi Arabia’s Public Investment Fund, Abu Dhabi investment holding company ADQ and US private equity firm TPG about raising $600m. PIF and TPG declined to comment. ADQ could not be reached.

“We’re doing a . . . raise and diluting equity so that we have enough capital to manage the raw materials and equipment we need in the next one or two years to operate at this scale,” he said.

In April, Mr Poonawalla placed orders for 600m glass vials and other materials to prepare for mass production of the vaccine. Yet he fears that distribution in India, the country with the world’s fastest-growing coronavirus caseload, will be difficult because there is not a sophisticated cold chain system to transport the vaccine safely to its 1.4bn people.

“I still don’t see a proper plan on paper to do that [in India] beyond 400m doses,” he said. “You don't want a situation with the vaccine where you have capacity for your country but you can’t consume it.”