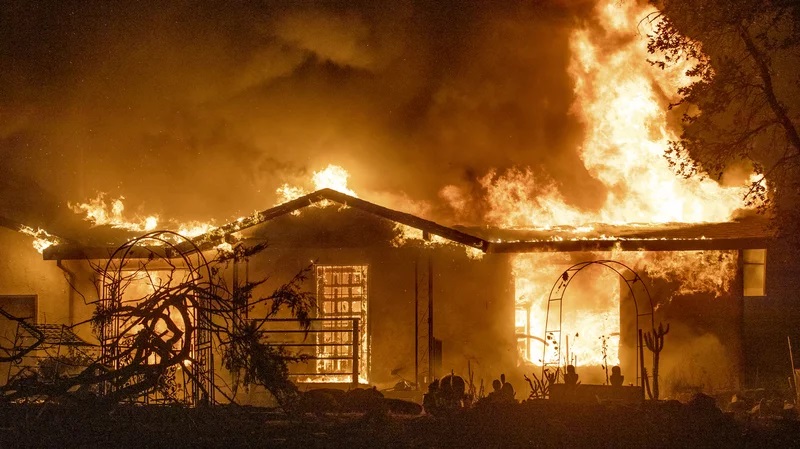 Pacific Gas & Electric was charged Friday with manslaughter and other crimes after its equipment sparked a Northern California wildfire that killed four people and destroyed hundreds of homes last year, prosecutors said.

It is the latest legal action against the nation's largest utility, which pleaded guilty last year to 84 counts of involuntary manslaughter in a 2018 blaze ignited by its long-neglected electrical grid that nearly destroyed the town of Paradise and became the deadliest U.S. wildfire in a century.

Shasta County District Attorney Stephanie Bridgett announced the 31 charges, including 11 felonies, against PG&E, saying it failed to perform its legal duties and that its "failure was reckless and criminally negligent, and it resulted in the death of four people."

If the utility is convicted of manslaughter, the punishment would be a fine for each person killed in the Zogg Fire last year near the city of Redding. A corporation "can't go to jail, so we're talking fines, fees, the ability for the court to order remedial and corrective measures," Bridgett said.

"One of our primary functions here is to hold them responsible and let the surviving families know that their loved one did not die in vain," she added.

PG&E CEO Patti Poppe said failing to prevent the fire was not a crime.

"This was a tragedy, four people died. And my coworkers are working so hard to prevent fires and the catastrophic losses that come with them. They have dedicated their careers to it, criminalizing their judgment is not right," Poppe said in a statement. 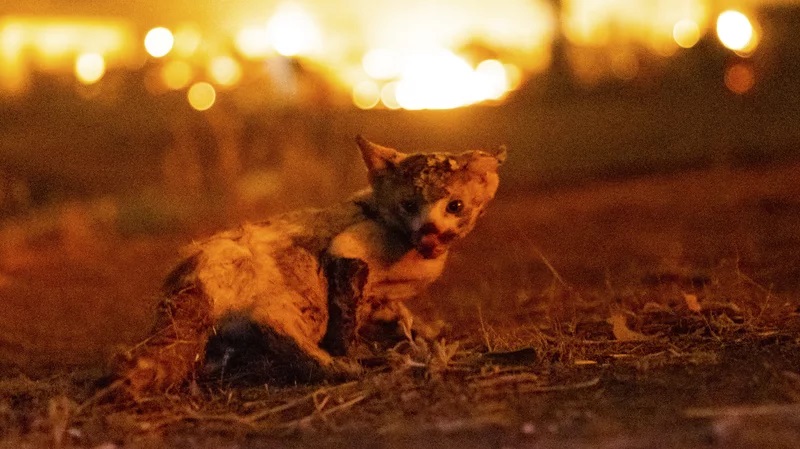 The wind-whipped Zogg Fire began on Sept. 27, 2020, and raged through rugged terrain and small communities west of Redding, killing four people, burning about 200 homes and blackening about 87 square miles of land. Three of the victims died as they tried to outrun the blaze and were found inside or near their vehicles. A fourth victim died at a hospital.

In March, state fire investigators concluded that the blaze was sparked by a gray pine tree that fell onto a PG&E transmission line. Shasta and Tehama counties have sued the utility alleging negligence, saying PG&E had failed to remove the tree even though it had been marked for removal two years earlier. The utility says the tree was subsequently cleared to stay.

The district attorney determined that the company was criminally liable for the fire. The charges Friday include enhancements for injury to a 29-year-old firefighter who was hit by a falling tree that fractured his spine, paralyzing him from the chest down. They also include felony arson counts linked to several fires started by the utility's equipment in Shasta County over the last year, Bridgett said.

PG&E, which has an estimated 16 million customers in central and Northern California, filed for bankruptcy protection in 2019 after its aging equipment was blamed for a series of fires, including the 2018 Camp Fire that killed 85 people and destroyed 10,000 homes in Paradise and neighboring communities.

Company officials have acknowledged that PG&E hasn't lived up to expectations in the past but said changes in leadership and elsewhere ensure it's on the right track and will do better. They have listed a wide range of improvements that include using more advanced technology to avoid setting wildfires and help detect them quicker.

PG&E also remains on criminal probation for a 2010 pipeline explosion in the San Francisco Bay Area city of San Bruno that killed eight people, giving a federal judge oversight of the company. The judge and California power regulators have rebuked PG&E for breaking promises to reduce the dangers posed by trees near its power lines.

The company has acknowledged that its equipment may have played a role in sparking this summer's Dixie Fire, which has burned nearly 1 million acres and is now the second-largest wildfire in state history.

PG&E emerged from bankruptcy last summer and negotiated a $13.5 billion settlement with some wildfire victims. But it still faces both civil and criminal actions, including charges from the Sonoma County district attorney's office over the 2019 Kincade Fire that forced nearly 200,000 people to evacuate.

In the meantime, most of the roughly 70,000 victims who have filed claims for the devastation caused by PG&E's past misdeeds still are awaiting payment from a trust created during the bankruptcy. The trust, which is run independently of PG&E, is facing a nearly $2 billion shortfall because half its funding came in company stock.