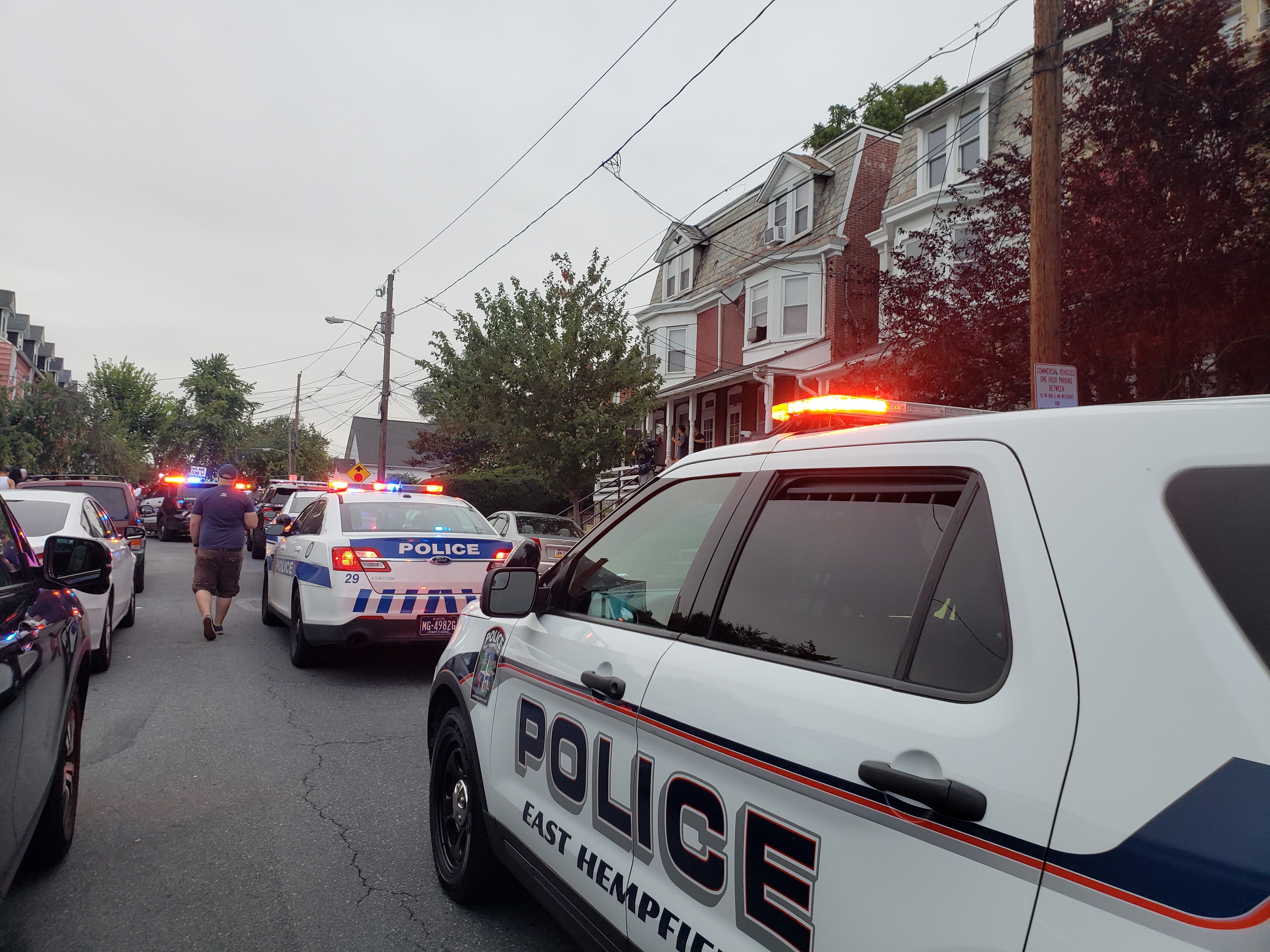 Demonstrators gathered to protest the death of 27-year-old man who was shot and killed by a police officer in Lancaster, Pa., over the weekend.

The Lancaster District Attorney's office said in a statement that the investigation is ongoing, and that the man, identified as Ricardo Munoz, was armed with a knife when he was shot dead by an officer who has not been publicly identified.

The encounter was captured on the officer's body camera and released by the Lancaster Bureau of Police on Sunday evening.

Hours after the shooting, police said chemical agents were used on demonstrators gathered outside of the police station.

"A group in excess of 100 protestors gathered on the access ramp on the west side of the station," police said in a statement.

"A public address system was used to provide several warnings that if the group did not move from the ramp that chemical munitions would be deployed," the statement continued. "The group failed to follow the instructions and chemical agents were used to disperse the crowd."

Officials added that a county vehicle parked in front of the police station was damaged and glass bottles and rocks were thrown at officers.

Several local media outlets, including Lancaster Online, reported doors and windows at the police station had been shattered. The website also reports several arrests were made into the early hours of Monday morning.

Protesters out in the intersection of West Chestnut Street and North Prince in Lancaster city in response to police involved shooting that occurred Sunday afternoon. @LancasterOnline pic.twitter.com/sstzzefznf


The chaotic scene was sparked by the shooting death of Munoz, which took place a little after 4 p.m. Sunday.

Officials said emergency dispatch received a call from a woman who said her brother was becoming aggressive with his mother and trying to force entry into her home.

The police video, which is just a few minutes long and is edited, shows an officer walking along the 300 block of Laurel Street.

When the officer arrives at the residence, a woman is standing in the doorway looking inside the home.

"Where did he go?" the officer asks at approximately the 2:01 mark in the video.

Seconds later the woman quickly steps completely outside, appearing to get out of the way of a man rushing toward the doorway.

"Get back. Get back," the officer says in the woman's direction as he appears to retreat.

As the officer is running away, a man wearing a white shirt and orange shorts chases the him.

At around 2:11 in the video, the officer discharges his service weapon multiple times and the man falls to the ground. No other officers were on the scene at the time, according to police.

The video then features two still images. The first freezes the video to show the man with what appears to be a metal object in his right hand above his head. The other shows the man on the ground, face down, with the object a few feet in front of him.

A disclaimer at the end of the police video says release of the footage "does not include any determination about compliance with Bureau policies or whether the use of force was justified."

The Lancaster County District Attorney's office said it will make that determination after the probe into the matter is complete.

"A police-involved shooting has significant impact on a community as we are seeing with the large number of individuals gathering in the streets," Heather Adams, the district attorney said in a statement Sunday. "However, I am asking that all reaction be tempered as the investigation is ongoing."

She told the paper she called a crisis intervention organization and the nonemergency number for the Lancaster police to get information on how to get her brother involuntarily committed.

"He had an episode," Munoz told the website of her brother. "He was just incoherent and acting out."

"I called to find out what the procedure was to get him some help."