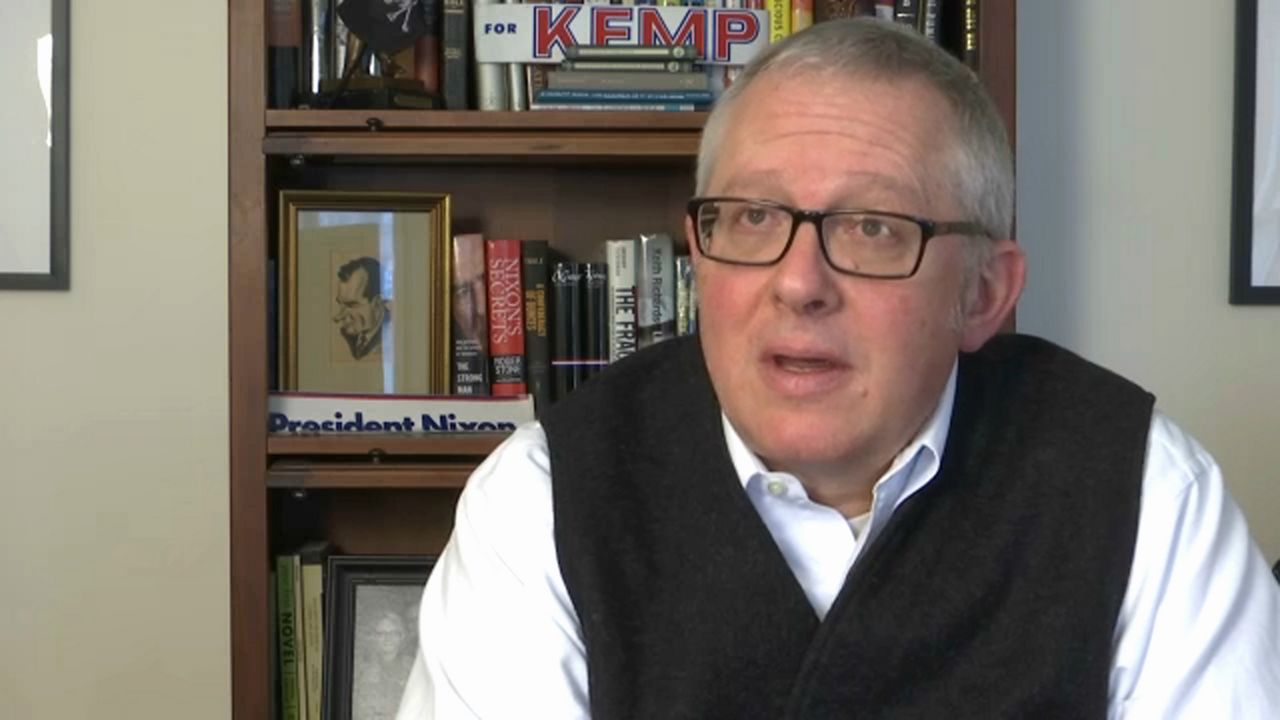 Top HHS spokesman runs through conspiracies in video and claims without evidence CDC scientists are working to resist Trump.

The top spokesman for the Department of Health and Human Services issued an extraordinary broadside on Sunday against career government scientists, accusing them of "sedition" in their response to coronavirus and claiming without evidence that a critical federal health agency has a "resistance unit" against President Donald Trump.

Michael Caputo, a fierce defender of Trump who was appointed to the agency earlier this year by the President, made the accusations during a live video hosted on his personal Facebook page, which -- along with his Twitter account -- was deactivated at some point following the Sunday diatribe. Caputo confirmed the comments he made during the video, which were first reported by The New York Times, to CNN on Monday.

The live video followed criticism in response to reporting that Trump-appointed communications officials at HHS pushed to change language of weekly US Centers for Disease Control and Prevention documents and that Caputo, the assistant secretary of public affairs, demanded to see the documents before they were released. The effort caused alarm among officials at the agency who view the move as political.

In the Sunday video, Caputo mentioned a series of conspiracy theories and predicted that Trump will win reelection but that his Democratic opponent, Joe Biden, will not concede, which Caputo claimed would lead to political violence.

"And when Donald Trump refuses to stand down at the inauguration, the shooting will begin," he said. "The drills that you've seen are nothing." He also added, "If you carry guns, buy ammunition, ladies and gentlemen, because it's going to be hard to get."

Caputo said he was under attack by the media, said his physical health was in question and that his "mental health has definitely failed." The Times reported that he "sounded anguished" over the nation's coronavirus death toll -- which has reached more than 194,000 dead. He warned people in the video to wear masks when attending the President's campaign rallies.

"I don't want to talk about death anymore," he said in the video, adding: "You're not waking up every morning and talking about dead Americans."

Caputo said in a statement to CNN on Monday that in the time since he has joined the administration, "my family and I have been continually threatened and in and out of criminal court dealing with harassment prosecutions."

"This weighs heavily on us and we deeply appreciate the friendship and support of President Trump as we address these matters and keep our children safe," he said.

Caputo declined to discuss the matter any further in a brief phone interview with CNN later Monday, except to say he made the comments as he was dealing with some of the pressure caused by harassment to himself and his family over the last several days. He added that harassment included what he deemed to be death threats.

HHS told the Times in a statement that Caputo "is a critical, integral part of the president's coronavirus response, leading on public messaging as Americans need public health information to defeat the Covid-19 pandemic."

During his broadside, Caputo took aim at the CDC, claiming without evidence that scientists "deep in the bowels of the CDC have given up science and become political animals."

The scientists "haven't gotten out of their sweatpants except for meetings at coffee shops" to plot "how they're going to attack Donald Trump next," Caputo said.

Amid tension between the administration and the CDC, a federal health official told CNN over the weekend that some federal health officials at the CDC believe the interference with the weekly scientific reports to be an effort to change communications by the agency's scientists so as not to contradict the President. Since the beginning of the pandemic, Trump has repeatedly downplayed the significance of the virus, sometimes contradicting his own White House task force doctors.

Revelations of the HHS' officials involvement marked the latest example of political interference by administration appointees at the nation's health agencies.

Caputo also referenced a contract he is overseeing between HHS and a marketing firm handling a campaign on coronavirus. CNN previously reported that the contract, which was advertised over the summer to help the administration "defeat despair and inspire hope" surrounding coronavirus, according to the performance work document sent to communication firms, is valued at $250 million.

During the video on Sunday, Caputo said he expected to stay in his position because the President supported him.

"I'm not going anywhere," Caputo said in the video. "I swear to God, as God is my witness, I am not stopping."

Caputo has a history of making inflammatory remarks on social media. CNN's KFile reported earlier this year that he made racist and derogatory comments about Chinese people, accused Democrats of wanting the coronavirus to kill millions of people and accused the media of intentionally creating panic around the pandemic to hurt Trump in a series of now-deleted tweets.

Caputo also made a slew of crude and sexist comments toward women in a series of now-deleted tweets.