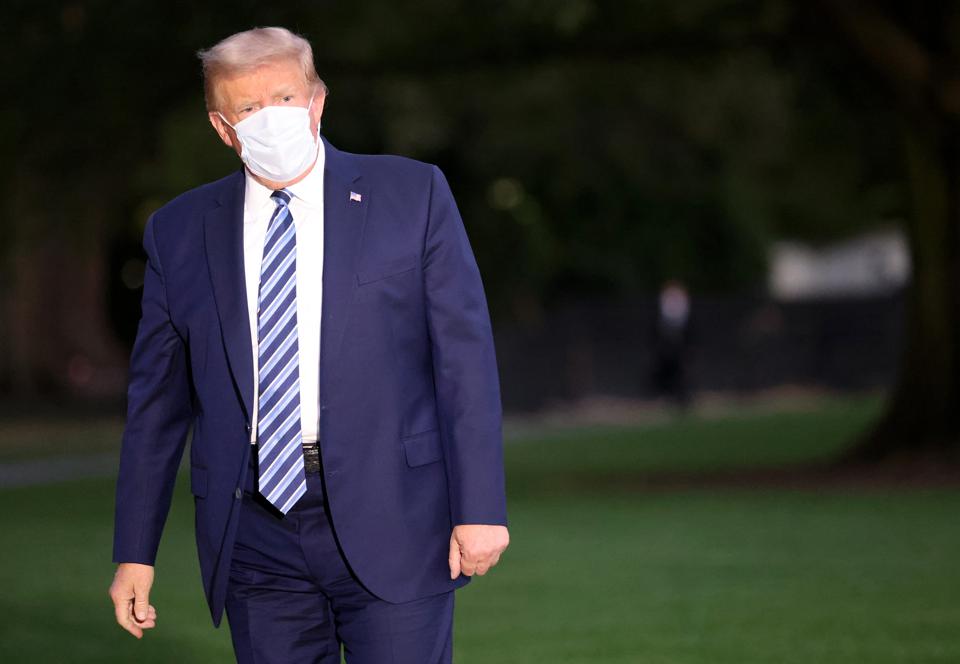 President Donald Trump revealed Thursday night that doctors had told him his lungs looked “a little bit different” when he was hospitalized for coronavirus, an infection he claims to have now completely gotten over.

Trump said at an NBC town hall Thursday night that he was feeling “nothing whatsoever” in terms of coronavirus symptoms after he had to be hospitalized earlier this month for Covid-19.

During a three-day hospital stay at Walter Reed National Military Medical Center, Trump said that doctors noticed “the lungs are a little bit different,” and that “they’re perhaps infected.”

Trump also said he “didn’t feel strong” when he was taken to Walter Reed on Oct. 2, saying “I had a little bit of a temperature.”

Trump has said his lung scans at Walter Reed showed “congestion,” but he claimed he never had trouble breathing, despite the fact he was treated with supplemental oxygen.

Thursday night’s town hall was supposed to be a town hall-style debate between Trump and Democratic challenger Joe Biden, but Trump refused to agree to a virtual debate after his positive coronavirus test. A coronavirus infection is known to impact the lungs especially, in some cases causing permanent scarring.