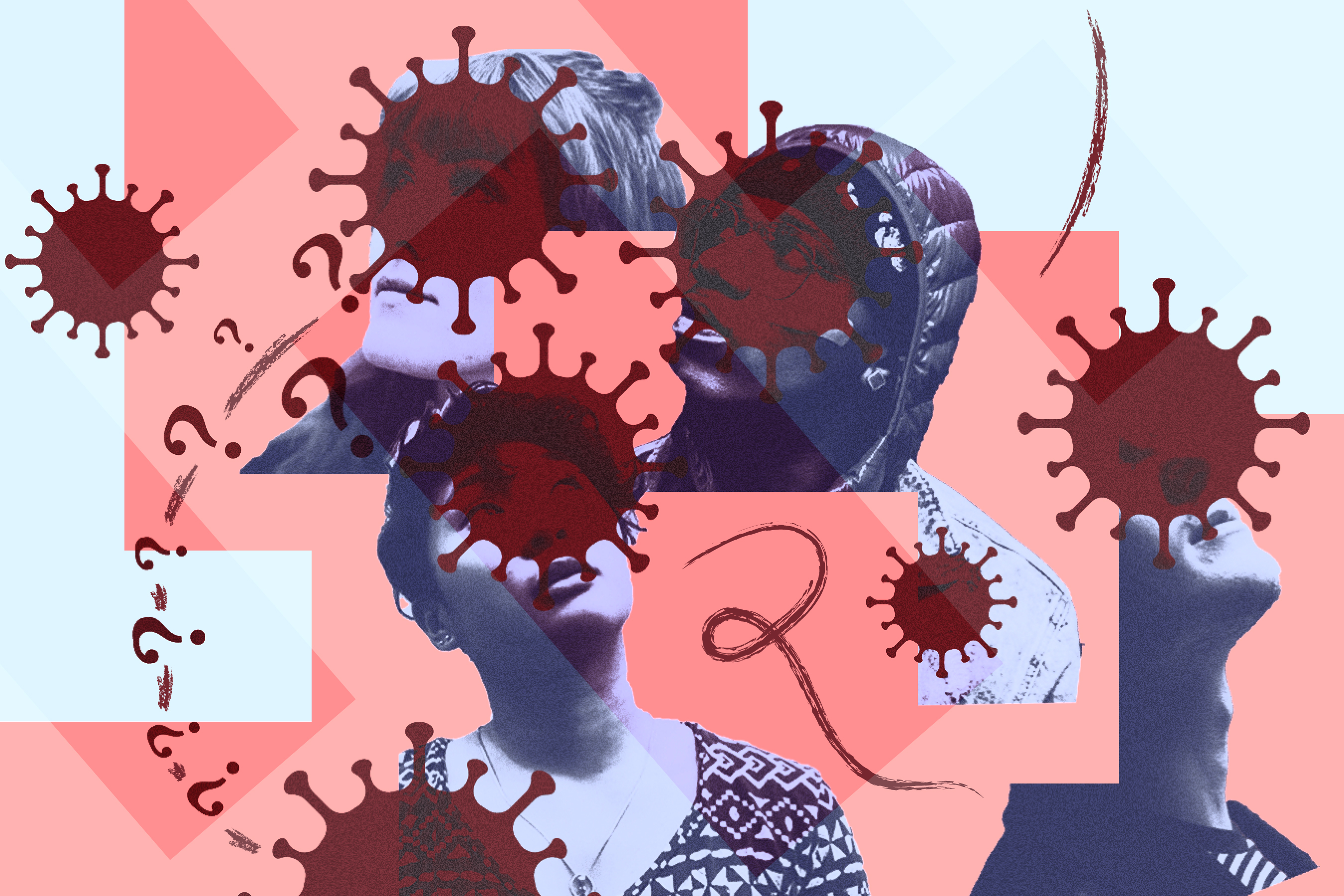 Coronavirus cases in the United States reached another daily high Thursday with 185,759 new infections, according to Johns Hopkins University data.

More than 252,000 people have died of Covid-19, the disease caused by the virus, and the US Centers for Disease Control and Prevention's ensemble forecast now projects the country's Covid-19 death toll could reach between 276,000 and 298,000 by December 12 -- just weeks after the US surpassed the 250,000 mark on Wednesday.

The CDC's ensemble forecast, which offers projections for the next few weeks, previously projected up to 282,000 deaths by December 5.

"The number of deaths that we're going to see in three weeks' time or four weeks' time reflects the actions that we all take right now," said Dr. Leana Wen, an emergency physician and the former Baltimore health commissioner. She urged Americans to have a safe Thanksgiving holiday -- or plan to have one in July.

"I understand that people are worried, they're stressed, they haven't seen their loved ones, they want to see their loved ones now more than ever," she said. "But we really cannot do that in person, indoors, safely this Thanksgiving."

Wen's comments came as the CDC recommended Thursday that Americans should not travel for the Thanksgiving holiday. Dr. Henry Walke, the agency's Covid-19 incident manager, pointed to the current "exponential growth in cases and the opportunity to translocate disease or infection from one part of the country to another."

"One of our concerns is people over the holiday season will get together and they may actually be bringing infection with them to that small gathering and not even know it," Walke said on a call with reporters.

Numbers are headed in the wrong direction across the country, according to a CNN analysis of data from Johns Hopkins University.

Nationwide, the seven-day average of new cases is at its highest ever: 161,165 cases a day. That's up 27% compared to last week.

An early cold snap in the middle of the country at the end of September helped drive the recent surge in cases as people moved indoors, Dr. Deborah Birx, the White House coronavirus task force coordinator, said Thursday.

Birx asked Americans to limit gatherings, stay apart and wear masks -- including indoors, she said, because of the possibility of asymptomatic spread.

"This is more cases, more rapidly, than what we had seen before," she said in a White House coronavirus task force briefing Thursday -- the first such briefing since July 8.

"We're asking every American to remain vigilant," she said, "to do those things that we have been asking you all to do: to wear a mask, to physically distance, continue your hand hygiene."

According to Johns Hopkins, at least 11.6 million infections have been reported across the US.

Thanksgiving week will be critical

The end of the pandemic may be in sight thanks to good news about vaccine candidates, but things will likely get worse before they get better, according to Adm. Brett Giroir, assistant secretary for health at the Department of Health and Human Services.

A final analysis of the Phase 3 trial of Pfizer's Covid-19 vaccine shows it was 95% effective in preventing infections, even in older adults, and caused no serious safety concerns, the company said Wednesday. It said it will seek a US Food and Drug Administration emergency use authorization "within days."

Giroir told CNN he was optimistic about the potential for two apparently effective vaccines, calling it "our end game."

"That being said," he added, "this will get worse."

Just how bad it gets will be determined by Thanksgiving celebrations next week. Health officials and local leaders have warned against traditional holiday gatherings, saying those will likely help further drive the surge of cases.

But Americans can make the holidays a turning point, by masking up and following other safety precautions, the Infectious Diseases Society of America said Wednesday.

"Virtual gatherings remain the safest way to bring friends and family together from distant points. Outdoor settings can reduce the risks of gatherings with people outside of your household," the group said, also highlighting the importance of face coverings.

"We have the resources and the knowledge to stem the spread of this pandemic. Keeping our common cause and shared well-being at the forefront of our holiday celebrations will make a difference."

Dr. Anthony Fauci, the nation's top infectious disease expert, urged Americans to "double down" on public health measures such as wearing masks and avoiding gatherings until vaccines are available.

"If you are fighting a battle and the cavalry is on the way," Fauci said, "you don't stop shooting until the cavalry gets here."

There were 79,410 hospitalizations reported on Wednesday, a record high for the United States, according to the Covid Tracking Project. The country is now averaging 72,120 hospitalizations over the past seven days -- a 19.76% increase compared to last week.

Several states reported record number of hospitalizations Thursday, including Illinois, which currently has more than 6,000 people hospitalized with Covid-19, according to the Illinois Department of Public Health.

As hospitalizations climb, the nation's health care systems have been strained, prompting some of its workers to plead with Americans to do what they can to reduce the spread of the coronavirus.

"As a health care provider we are on 250 days of having a Covid patient in our ICU right now," said Dr. Nathan Hatton, a pulmonary specialist at University of Utah Hospital. "So every day, you walk into work, someone is super sick, someone is potentially dying that day."

"We recognized early on that this was going to be a marathon, and you know, we're on mile 13," said Dr. Austin Simonson, an internal medicine specialist at Sanford Medical Center in Sioux Falls, South Dakota. "It is exhausting."

Dr. Clarissa Barnes, an internal medicine physician at Avera Health in Sioux Falls, said the hardest thing for her has been witnessing so much grief from families who lose loved ones to Covid-19.

"On a normal day, I don't have people dying every day," she said, adding that first week she had three people die in one day -- two of them from Covid-19.

"The amount of palpable grief you can feel from those family members, the wailing that sort of gets etched on your soul -- every time someone dies it stays with us forever," she said. "So I worry about the family members and the friends and all these people that knew this person. But I also worry about us. Being witness to so much grief over long periods of time is really, really hard."

New restrictions issued across US

Students in the country's largest school district are transitioning to remote learning on Thursday following the closure of New York City schools. The decision came after the city's test infection rate reached 3%, a threshold Mayor Bill de Blasio said would trigger such a closure.

California's governor announced a mandatory overnight curfew that prohibits all non-essential gatherings and activities between 10 p.m. and 5 a.m. for more than 90% of the state's population as the state sees a record surge in new coronavirus cases. Newsom referred to it as a "limited Stay at Home Order."

Thursday, de Blasio said he expects the state to shut down gyms and indoor dining at restaurants within the next week or two.

New Hampshire issued a statewide mask mandate that will begin Friday, Gov. Chris Sununu announced. Residents will be required to wear a face covering when unable to keep at least 6 feet of distance in both indoor and outdoor public spaces.

In Florida, Key West announced it would require everyone to wear masks outside, regardless of social distancing. Violating the policy is punishable by a fine of up to $500, after a verbal warning and citation to appear in court.

Wisconsin was one of the first states to be hard hit by this round of surges. On Wednesday, Gov. Tony Evers announced he was declaring a new state of emergency and extending the state's public health emergency until January.

In Minnesota, the governor said the state is at a "breaking point" and announced a four-week dial back that will "help prevent more families from losing a loved one and ensure our hospitals can treat those who fall ill."

Starting Friday, gatherings that include individuals from more than one household are prohibited, while bars and restaurants will be allowed to operate only takeout and delivery services. Gyms, entertainment venues and event spaces will also close.

"As hospitals near the crisis of turning away new patients, continuing as things are is simply not sustainable," Gov. Tim Walz said.

CORRECTION: An earlier version of this story misstated the daily case total for November 13. It is 177,224, according to Johns Hopkins University data.


CNN — contributed to this report.