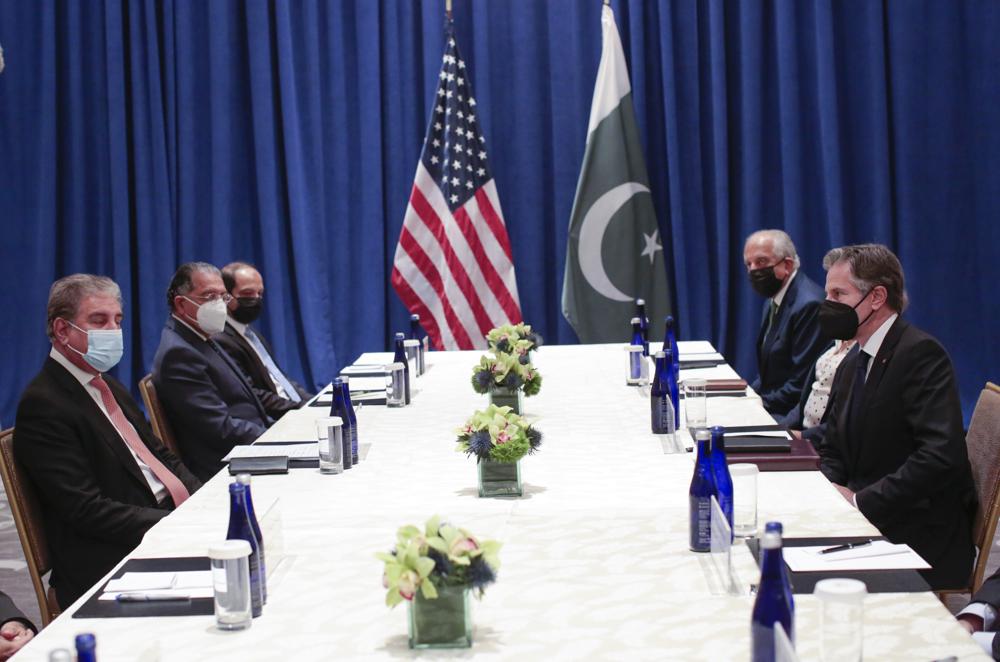 The Taliban’s takeover of Kabul has deepened the mutual distrust between the U.S. and Pakistan, putative allies who have tangled over Afghanistan. But both sides still need each other.

As the Biden administration looks for new ways to stop terrorist threats in Afghanistan, it probably will look again to Pakistan, which remains critical to U.S. intelligence and national security because of its proximity to Afghanistan and connections to the Taliban leaders now in charge.

Over two decades of war, American officials accused Pakistan of playing a double game by promising to fight terrorism and cooperate with Washington while cultivating the Taliban and other extremist groups that attacked U.S. forces in Afghanistan.

Islamabad pointed to what it saw as failed promises of a supportive government in Kabul after the U.S. drove the Taliban from power after the attacks of Sept. 11, 2001, as extremist groups took refuge in eastern Afghanistan and launched deadly attacks throughout Pakistan.

But the U.S. wants Pakistani cooperation in counterterrorism efforts and could seek permission to fly surveillance flights into Afghanistan or other intelligence cooperation. Pakistan wants U.S. military aid and good relations with Washington, even as its leaders openly celebrate the Taliban’s rise to power.

“Over the last 20 years, Pakistan has been vital for various logistics purposes for the U.S. military. What’s really been troubling is that, unfortunately, there hasn’t been a lot of trust,” said U.S. Rep. Raja Krishnamoorthi, an Illinois Democrat who is on the House Intelligence Committee. “I think the question is whether we can get over that history to arrive at a new understanding.”

Pakistan’s prime minister, in remarks Friday to the U.N. General Assembly, made clear there is a long way to go. Imran Khan tried to portray his country as the victim of American ungratefulness for its assistance in Afghanistan over the years. Instead of a mere “word of appreciation,” Pakistan has received blame, Khan said.

Former diplomats and intelligence officers from both countries say the possibilities for cooperation are severely limited by the events of the past two decades and Pakistan’s enduring competition with India.

The previous Afghan government, which was strongly backed by India, routinely accused Pakistan of harboring the Taliban. The new Taliban government includes officials that American officials have long believed are linked to Pakistan’s spy agency, the Inter-Services Intelligence.

Husain Haqqani, a former Pakistani ambassador to the United States, said he understood “the temptation of officials in both countries to try and take advantage of the situation” and find common ground. But Haqqani said he expected Pakistan to give “all possible cooperation to the Taliban.”

“This has been a moment Pakistan has been waiting for 20 years,” said Haqqani, now at the Hudson Institute think tank. “They now feel that they have a satellite state.”

U.S. officials are trying to quickly build what President Joe Biden calls an “over the horizon” capacity to monitor and stop terrorist threats.

Without a partner country bordering Afghanistan, the U.S. has to fly surveillance drones long distances, limiting the time they can be used to watch over targets. The U.S. also lost most of its network of informants and intelligence partners in the now-deposed Afghan government, making it critical to find common ground with other governments that have more resources in the country.

Pakistan could be helpful in that effort by allowing “overflight” rights for American spy planes from the Persian Gulf or permitting the U.S. to base surveillance or counterterrorism teams along its border with Afghanistan. There are few other options among Afghanistan’s neighbors. Iran is a U.S. adversary and Central Asian countries north of Afghanistan all face varying degrees of Russian influence.

There are no known agreements so far.

CIA Director William Burns visited Islamabad this month to meet with Gen. Qamar Javed Bajwa, Pakistan’s army chief, and Lt. Gen. Faiz Hameed, who leads the ISI, according to a Pakistani government statement. Burns and Hameed have separately visited Kabul in recent weeks to meet with Taliban leaders. The CIA declined to comment on the visits.

Pakistani Foreign Minister Shah Mahmood Qureshi noted this past week that Islamabad had cooperated with U.S. requests to facilitate peace talks before the Taliban takeover and that it had agreed to U.S. military requests throughout the war.

“We have often been criticized for not doing enough,” Qureshi told The Associated Press on Wednesday. “But we’ve not been appreciated enough for having done what was done.”

Qureshi would not directly answer whether Pakistan would allow the basing of surveillance equipment or overflight of drones.

“They don’t have to be physically there to share intelligence,” he said of the U.S. “There are smarter ways of doing it.”

The CIA and ISI have a long history in Afghanistan, dating to their shared goal of arming bands of mujahedeen — “freedom fighters” — against the Soviet Union’s occupation in the 1980s. The CIA sent weapons and money into Afghanistan through Pakistan.

Those fighters included Osama bin Laden. Others would become leaders of the Taliban, which emerged victorious from a civil war in 1996 and gained control of most of the country. The Taliban gave refuge to bin Laden and other leaders of al-Qaida, which launched deadly attacks on Americans abroad in 1998 and then struck the U.S. on Sept. 11, 2001.

After 9/11, the U.S. immediately sought Pakistan’s cooperation in its fight against al-Qaida and other terrorist groups. Declassified cables published by George Washington University’s National Security Archive show officials in President George W. Bush’s administration made several demands of Pakistan, from intercepting arms shipments heading to al-Qaida to providing the U.S. with intelligence and permission to fly military and intelligence planes over its territory.

The CIA would carry out hundreds of drone strikes launched from Pakistan targeting al-Qaida leaders and others alleged to have ties to terrorist groups. Hundreds of civilians died in the strikes, according to figures kept by outside observers, leading to widespread protests and public anger in Pakistan.

Pakistan continued to be accused of harboring the Taliban after the U.S.-backed coalition drove the group from power in Kabul. And bin Laden was killed in 2011 by U.S. special forces in a secret raid on a compound in the Pakistani city of Abbottabad, home to the country’s military academy. The bin Laden operation led many in the U.S. to question whether Pakistan had harbored bin Laden and angered Pakistanis who felt the raid violated their sovereignty.

For years, CIA officials tried to confront their Pakistani counterparts after collecting more proof of Pakistani intelligence officers helping the Taliban move money and fighters into a then-growing insurgency in neighboring Afghanistan, said Douglas London, who oversaw the CIA’s counterterrorism operations in South Asia until 2018.

“They would say, ‘You just come to my office, tell me where the location is,’” he said. “They would just usually pay lip service to us and say they couldn’t confirm the intel.”

London, author of the forthcoming book “The Recruiter,” said he expected American intelligence would consider limited partnerships with Pakistan on mutual enemies such as al-Qaeda or Islamic State-Khorasan, which took responsibility for the deadly suicide attack outside the Kabul airport last month during the final days of the U.S. evacuation.

The risk, London said, is at times “your partner is as much of a threat to you as the enemy who you’re pursuing.”