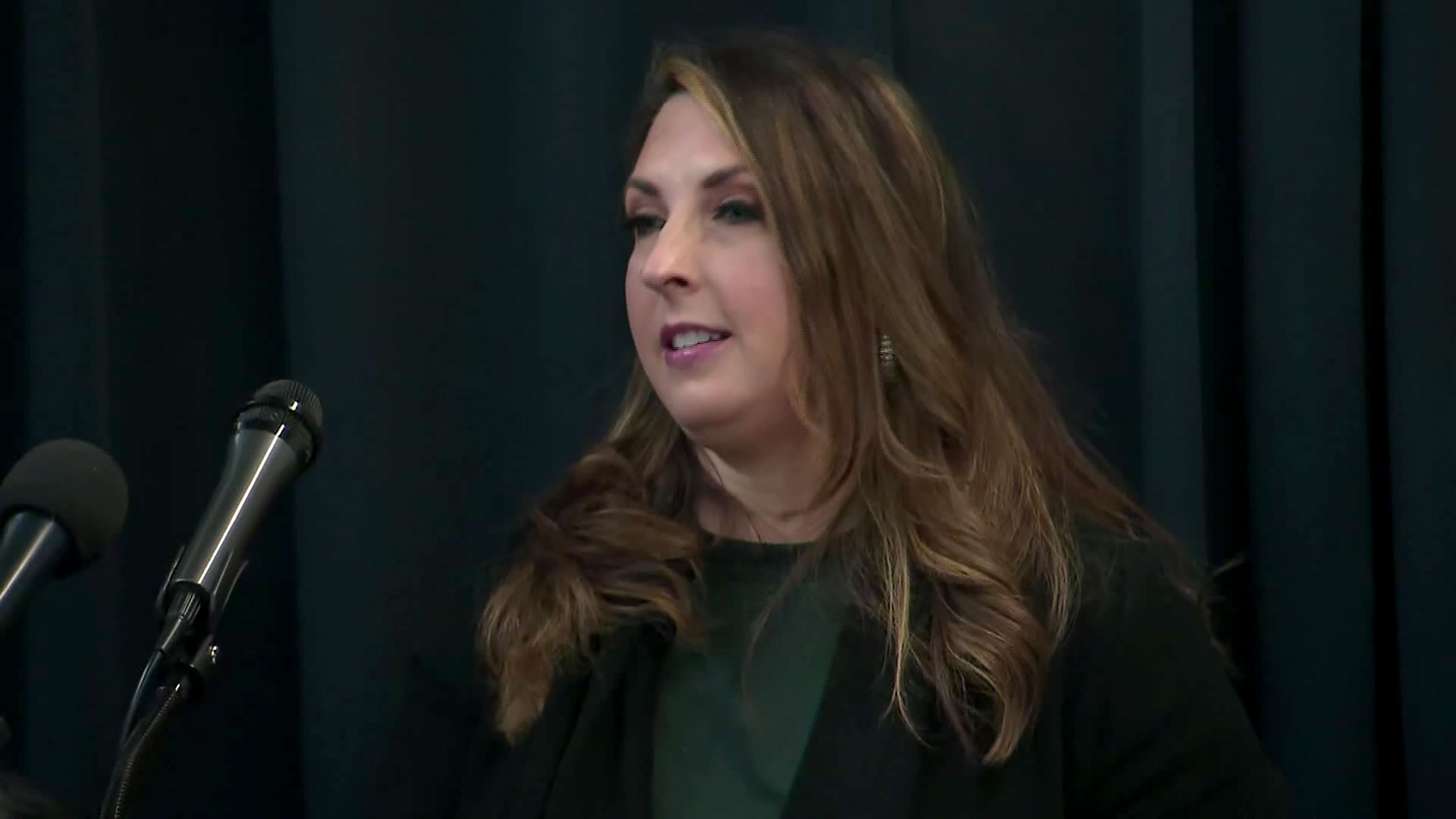 At a Saturday campaign stop in Marietta, Georgia, Republican National Committee Chair Ronna McDaniel attempted to persuade Republicans to vote in the Georgia Senate runoff elections, even as voters expressed ambivalence about expanding "money and work when it's already decided."

Incumbent Sens. David Perdue and Kelly Loeffler are facing tough reelection battles in two January runoff elections that could determine control of the US Senate.

"It's not decided. This is the key -- it's not decided," McDaniel told a fiery crowd of Republicans who turned the RNC chair's meet-and-greet session Saturday into a public airing of grievances surrounding the November 3 election.

She pointed to the certified results of the November 3 Georgia Senate race that showed Perdue leading Democratic challenger Jon Ossoff by more than 88,000 votes. In Georgia, if no candidate receives more than 50% of the vote, the two top vote-getters head to a runoff.

"So if you lose your faith and you don't vote and people walk away -- that will decide it," McDaniel said.

President Donald Trump, who announced Thursday he'd travel to Georgia next week to campaign for Loeffler and Perdue, has leveled baseless claims of widespread fraud in Georgia, calling Republican Secretary of State Brad Raffensperger, "the enemy of the people."

"Well, I told (Sens. Loeffler and Perdue) today, I think you're dealing in a very fraudulent system. I'm very worried about that," the President said during a news conference Thursday, calling both Republican senators "tremendous people."

Over the course of the 20-minute event on Saturday, McDaniel fielded questions from Republicans based on a series of false claims from Trump surrounding the certified election results in Georgia, including at least one voter who alleged voting machines changed votes cast in favor of the President.

"We didn't see that in the audit, so we've got to just ... That evidence we haven't seen, so we'll have to wait and see," she said.
Closing her remarks, McDaniel appealed to voters "upset with some Republicans," including Raffensperger, "to focus on the mission at hand."

"And it is Jon Ossoff and (Raphael) Warnock," McDaniel said, prompting a member of the audience to shout out, "And Donald Trump!"

"But we've got to focus on January 5th right now," McDaniel continued. "We can deal with those other things later."

Speaking with reporters after the event, the RNC chair dismissed concerns that apprehension over the legitimacy of the election might discourage the President's supporters from voting in the runoff.

"The President has said, unequivocally, that he supports Kelly Loeffler and David Perdue and he's going to come to Georgia to campaign for them," she told CNN.

"And they're going to need him here to campaign, because as you saw just in that room, the President has broad support here in Georgia and they want to see him out there on the campaign trail for these candidates, as he continues to fight his own battles and make sure that his election was fair and transparent."

Vice President Mike Pence is also expected back in Georgia -- likely next Friday, a day before Trump's trip -- a source close to the Perdue and Loeffler campaigns told CNN.

"So all of that nonsense and distraction, the denial about the election outcome, we need to be focused on containing the spread of this virus and rushing direct financial relief to ordinary Americans who are suffering," he said.

This story has been updated with additional reporting.

CNN — Maeve Reston and Kristen Holmes contributed to this report.